Warner Bros. Discovery is one of the top leader in the entertainment industry 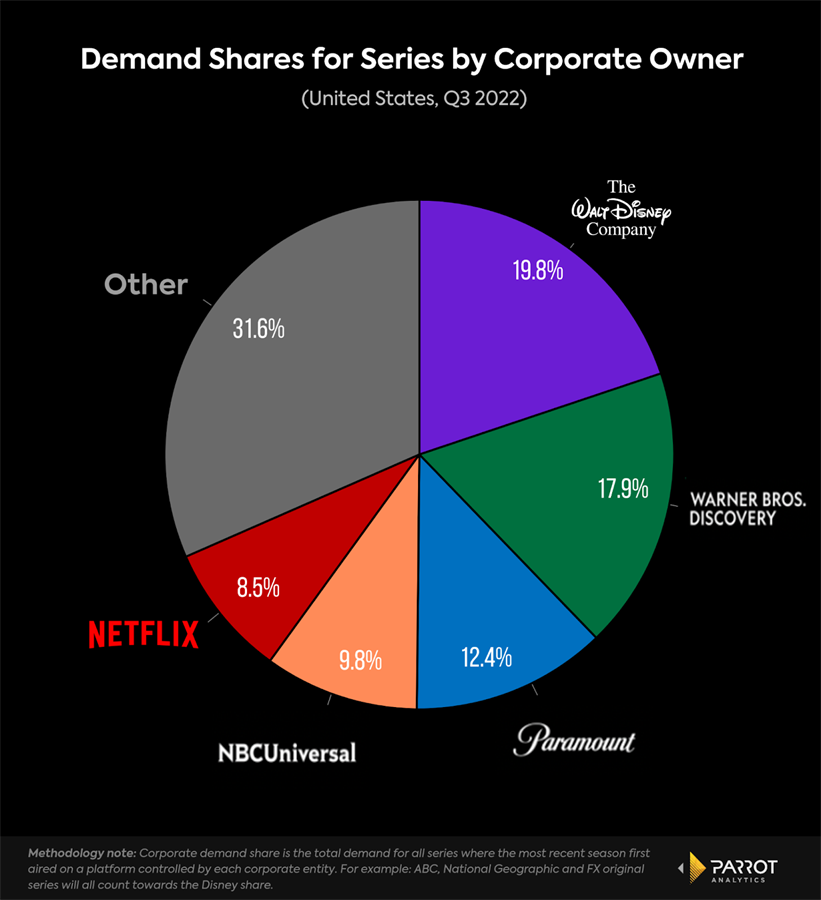 Warner Bros. Discovery remains one of the top two content leaders in the entertainment industry, but as Wall Street reassesses the metrics of success for streaming, the company and its platforms’ futures remain in doubt.

Audience demand data on the content side paints a very bright picture for WBD. The company as a whole is in second place in corporate demand share (17.9%), just behind Disney (19.8%). HBO Max leads the SVOD industry in on-platform demand for movies, and is in third place in on-platform demand for TV series. Disney is the only other company with entrants in the top three in each of these categories.

However, WBD’s stock is down about 50% since it officially merged in April. Loaded with a substantial amount of debt, CEO David Zaslav and CFO Gunnar Wiedenfels are attempting to cut $3 billion. Their efforts have stirred confusion and doubt internally, in the creative community, and among consumers.

Just six months after Discovery and WarnerMedia officially merged, many in the industry assume the new company is already for sale, which couldn’t legally happen until Q2 2024. We are certainly not above this M&A speculation, and our corporate demand data shows the benefits of a future WBD merger or sale to fellow legacy media giants NBCUniversal or Paramount Global.

WDB’s removal of about 60 titles from HBO Max as part of the aforementioned cuts had a demonstrable negative impact on the platform’s TV demand share. Each of the shows removed had relatively low demand individually, but as a whole they still accounted for roughly the same audience demand as Game of Thrones.

Even with the drop, HBO Max is still in a solid third place in on-platform TV demand share. But, HBO Max’s demand share cannot be shrinking if WBD intends to leverage its crown jewel asset into entertainment industry dominance.