Focus on Spain: the streaming services show a recover 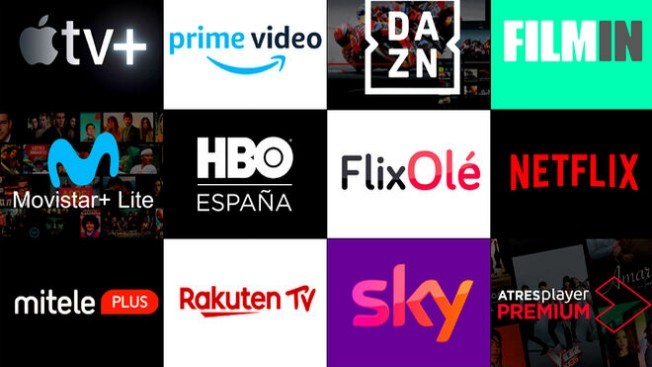 GECA launched the OTT Barometer where shows a growth of all the streamers in Spain, highlighting the rise of Disney+ which is placed ahead of HBO Max, due to the powerful launches like Obi-Wan Kenobi. "It is the platform that grows the most (+5.8 points) compared to the previous wave" GECA points out in the report.
The report also shows a historical record for Prime Video (70.9%), which exceeds the reference of 70% for the first time, Disney + (34.8%) and HBO Max (33.0%). Likewise, admits that 7 out of 10 platform users have declared they have access to Netflix and Prime Video (paying or not).
In the first wave of 2022 there was a slight decline in several platforms, possibly linked to circumstantial factors such as the scarcity of relevant launches or the cautious behavior of families in the face of increased inflation and the consequences of the war in Ukraine, but in this new wave of Q2 a return to the path of growth is shown for all the services, except for IPTV Movistar+ and Filmin. "The fluctuations of Movistar+ Lite can be linked to the difficulty of users to distinguish between Movistar+ TV, Movistar+ on devices and Movistar+ Lite within the commercial offer", GECA explains.
The traditional version of Movistar+ (IPTV) maintained its downward trend in a closing quarter for its main sports competitions, falling below 25% among platform users. Youtube repeats as the AVOD service in which more content is consumed on demand on the TV and RTVE Play and Pluto are ahead of Mitele. Likewise, 78.4% of SVODs users have seen AVODs and FVOD audiovisual content on TV in the last 3 months.
WHAT ARE THE MOST DEMANDED CONTENT?
Stranger Things, PeakyBlinders, TheBoys and Vikingos: Valhalla have surpassed their historical records and Entrevías has entered strongly in the 13th position of the ranking.
The Good Doctor (26.5%) is in second place, Welcome to Eden (8.6%) is the 2nd new Netflix release with the most audience on this quarter, while La Casa de Papel: Corea has achieved 7.6% audience and stands out in the public of 18 to 24 years.
LOL: if you laugh you lose achieves 10.6% audience with the premiere of its 2nd season on Prime Video. Among the absolute premieres of Prime Video, Sin límites (6.4%) stands out, a series with Álvaro Morte that began on June 10.
Los Borbones: una familia real (0.9%) is the novelty of Atresplayer Premium with the greatest convening power this quarter.
Obi-Wan Kenobi (6.4%) is the second most viewed Disney+ Original in this wave, behind The Mandalorian.