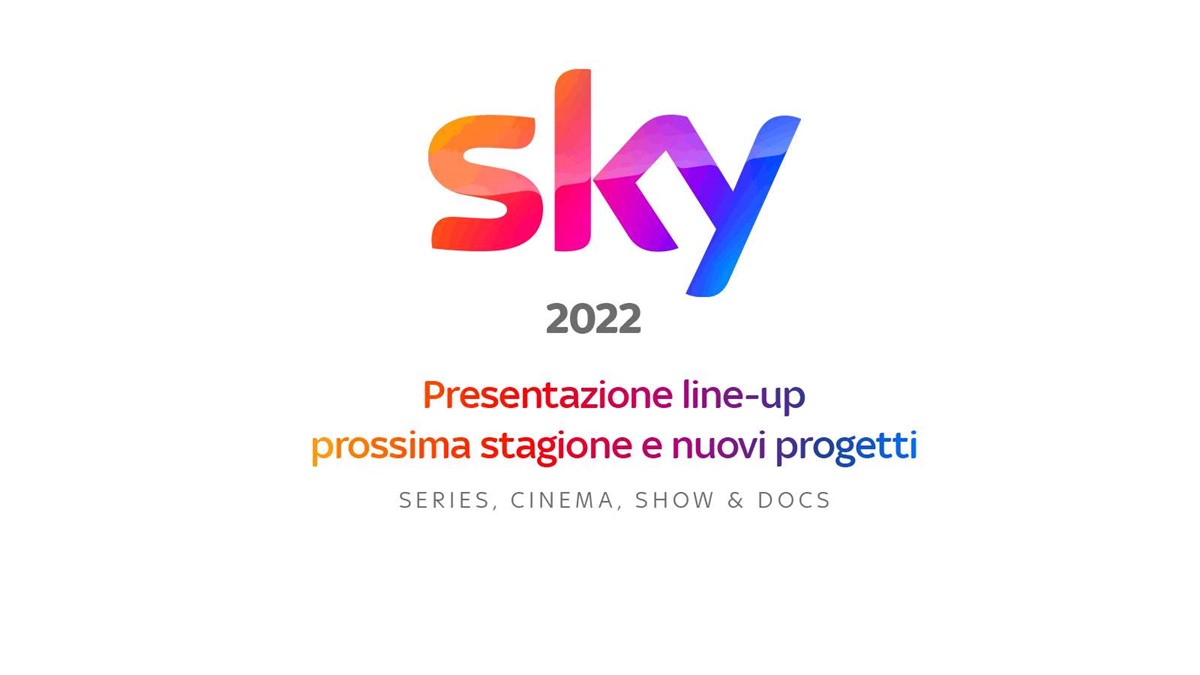 Sky presents Fall Schedule on Thursday, July 14. Confirmed the titles of series they have held in recent years such as Petra, Christian, Il Re and I Delitti del BarLume, which will return with the new seasons.
New titles:
- THE GREAT GAME (8 episodes, this fall on Sky Atlantic). Produced by Sky Studios and Èliseo Entertainment, with Francesco Montanari, Elena Radonicich. From an idea by Alessandro Roja, directed by Fabio Resinaro and Nico Marzano.
Spotlight, for the first time, on the behind the scenes of one of the most loved sports in the world, football: at the center, in fact, the work of sports prosecutors and the economic and political interests that can gravitate behind the hiring of a football player or the success of an entire team. The protagonist is a football agent who, at the height of his career, is arrested for illegal betting and loses everything.
- UNWANTED (8 episodes, in 2023 on Sky Atlantic). Produced by Sky Studios together with Pantaleon Films and Indiana Production, with Marco Bocci, Jessica Schwarz, Dada Fungula Bozela, Hassan Najib, Jonathan Berlin, Jason Derek Prempeh, Cecilia Dazzi, Francesco Acquaroli, Barbara Auer, Sylvester Groth, Marco Palvetti, Denise Capezza , Nuala Peberdy, Samuel Kalambay, Amadou Mbow, Edward Apeagyei, Reshny N'Kouka, Onyinye Odokoro, Massimo De Lorenzo and Scot Williams. Directed by Oliver Hirschbiegel.
Freely inspired by “Bilal”, the investigative book by journalist Fabrizio Gatti on his undercover journey among migrants on the Sahara routes. The series tells what happens when a cruise ship, the Orizzonte, full of Western tourists, rescues a group of migrants following the sinking of their boat. The stories of the cruise crew and passengers will intertwine with those of the ship's new guests. The situation will worsen when some of the migrants, discovered that the cruise is moving towards Libya, from which they departed, out of desperation decide to take the ship hostage.
- THEY KILLED SPIDER-MAN - THE TRUE STORY OF 883 (working title, Hanno Ucciso l'uomo ragno - La vera storia degli 883). Produced by Sky and Greenland. Directed by Sydney Sibilia.
Inspired by the true story of Max Pezzali and Mauro Repetto, capable of giving life, from a very young age, to a project - the 883 - that has become a real national and generational phenomenon. Teenagers Max and Mauro are losers by all accounts. But when they start writing songs together, they immediately become hits, surprising everyone, first of all themselves, and making them icons that still today make generations of fans sing and excite.
- CALL MY AGENT - ITALY (working title - 6 episodes, 2023). Produced by Sky and Palomar, remake of the French cult Dix pour cent. With Michele Di Mauro, Sara Drago, Maurizio Lastrico, Marzia Ubaldi, Sara Lazzaro, Francesco Russo, Paola Buratto, Paola Kaze Formisano, Emanuela Fanelli and with Paola Cortellesi, Paolo Sorrentino, Pierfrancesco Favino, Matilda De Angelis, Stefano Accorsi and Corrado Guzzanti. Directed by Luca Ribuoli.
The vicissitudes of the powerful CMA agency and the misadventures of its partners, struggling with the careers of the greatest stars of Italian cinema, in an ironic and irreverent journey behind the scenes of our showbiz. In the Italian version, the actor management agency at the center of the story moves from Paris to Rome, as do the events, between work and private life, of its charismatic agents (Di Mauro, Drago, Lastrico and Ubaldi) and their assistants. (Lazzaro, Russo, Burato and Formisano). Lea, Gabriele, Vittorio and Elvira are the soul of the CMA and they give their soul to it, ready to do anything to make their stars shine. Managers, friends, confidants and psychologists: a good agent is all this and more. And they, each with their own style, are the best. Between hectic days and worldly nights, it is their private life that loses… But in the end they have too much fun to notice. But with the departure of the founder Claudio Maiorana, things will get a little more complicated.
- DOSTOEVSKIJ (working title). In-house production Sky Studios for Italy, with Filippo Timi. Directed by Fabio and Damiano D’Innocenzo.
An investigative noir that investigates the human soul in all its abysmal complexity. A brilliant detective with a painful past, Enzo Vitello, finds himself investigating the blood trail of a ruthless serial killer, nicknamed Dostoevsky due to the letters full of macabre detail he leaves at crime scenes. Obsessed with the killer’s words, the policeman goes so far as to undertake a dangerous solo investigation, getting closer and closer to the disturbing truth, while the need to close accounts with the past grows in him.
- M. THE SON OF THE CENTURY (8 episodes). Produced by The Apartment Pictures, a Fremantle group company, in collaboration with Pathé.
Adaptation of the novel of the same name by Antonio Scurati winner of the Strega Prize (international bestseller translated in 46 countries), which tells the birth of fascism in Italy and the rise to power of the Duce Benito Mussolini. The series will retrace the history from the founding of the Fasci Italiani in 1919 to Mussolini's infamous speech in parliament after the murder of the socialist deputy Giacomo Matteotti in 1925. It will also offer an insight into Mussolini's private life and his personal relationships, including those with his wife Rachele, his lover Margherita Sarfatti and other iconic figures of the time. Like the novel, the series will tell the story of a country that surrendered to the dictatorship and the story of a man who was able to be reborn many times from his ashes.
- THE CITY OF THE LIVING (working title, in development). Produced by Sky with CinemaUndici and Lungta Film, based on the novel of the same name by Nicola Lagioia.
The ferocious murder without a motive of Luca Varani, which took place in March 2016 in Rome by Manuel Foffo and Marco Prato, remains one of the most shocking cases of crime in recent years. The series, currently in development, reconstructs and analyzes the story. An investigation into human nature, responsibility and guilt, the instinct of oppression and free will.

ABOUT UNSCRIPTED FORMATS: for Sky Uno confirmed X Factor with the new host Francesca Michielin, MasterChef, Alessandro Borghese 4 Restaurants, Bruno Barbieri 4 Hotel, Four weddings, Kitchens from Nightmare, Pechino Express and Quelle Brave Ragazze: alongside Mara Maionchi, Sandra Milo and Orietta Berti could there is a new entry. Cancelled Italia's Got Talent. Work in progress for Victoria Cabello's project.
For TV8: If we exclude the arrival of Nicola Savino in access prime time with the game show, on TV8 calm down. The new editions of Alessandro Borghese Celebrity Chef remain in the early evening, Home Restaurant, Who wants to marry my Mom? with Caterina Balivo and Name That Tune - Guess the Song (host was not mentioned yet).