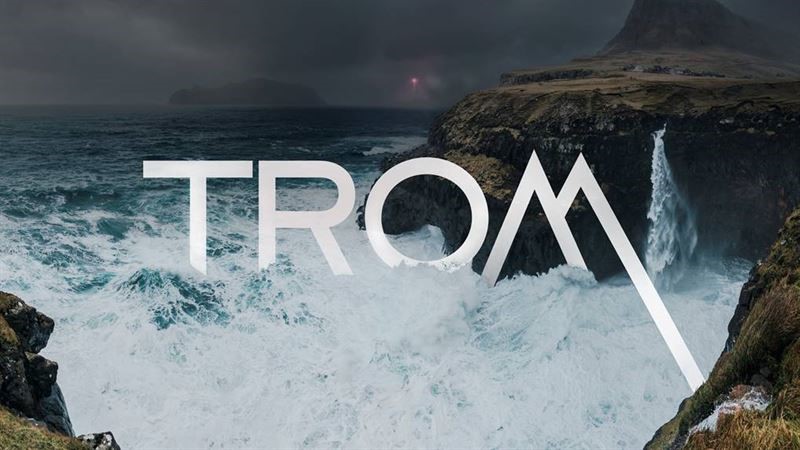 Nordic Entertainment Group (NENT Group), the Nordic region's leading streaming company, has launched the first-ever original drama production from the Faroe Islands, the Nordic noir crime series Trom. The internationally renowned Danish actor Ulrich Thomsen (The Blacklist; The New Pope; The World is Not Enough; NENT Group's Face to Face) will star in the groundbreaking show, which will premiere on NENT Group's Viaplay streaming service in 2022.
The six-part series follows journalist Hannis Martinsson (Ulrich Thomsen), who unexpectedly receives a message from Sonja, a young Faroese woman who claims she is Hannis' daughter and that her life is in danger. Reluctantly returning home to the Faroes to investigate, Hannis discovers Sonja's body in the bloody waters of a whale hunt. His search for answers soon brings him into conflict with the local detective chief inspector, Karla Mohr (Maria Rich; Follow the Money) as he uncovers a web of secrets in the close-knit community - but how far is he willing to go to learn the truth?
Filippa Wallestam, NENT Group Chief Content Officer: "The first-ever Faroese drama series is a landmark in so many ways. Incredible creative talents, a murder mystery that weaves spiritual and folk-tale elements into a fascinating tapestry, and a uniquely bleak and beautiful Atlantic backdrop. We can't wait to bring such a special show to Viaplay and finally put Faroese drama on the map."
Trom is written by Torfinnur Jákupsson and Donna Sharpe (West of Liberty) and is based on the bestselling novels by award-winning Faroese author Jógvan Isaksen. The series is directed by Kasper Barfoed (Dicte: Crime Reporter) and is produced by REinvent Studios in co-production with Kyk Pictures, True North and ZDF/ARTE. The series is supported by Nordisk Film & TV Fond, the Faroese Film Institute and the Creative Europe MEDIA programme of the European Union.
REinvent handles international sales. Filming starts in the Faroe Islands in March 2021.