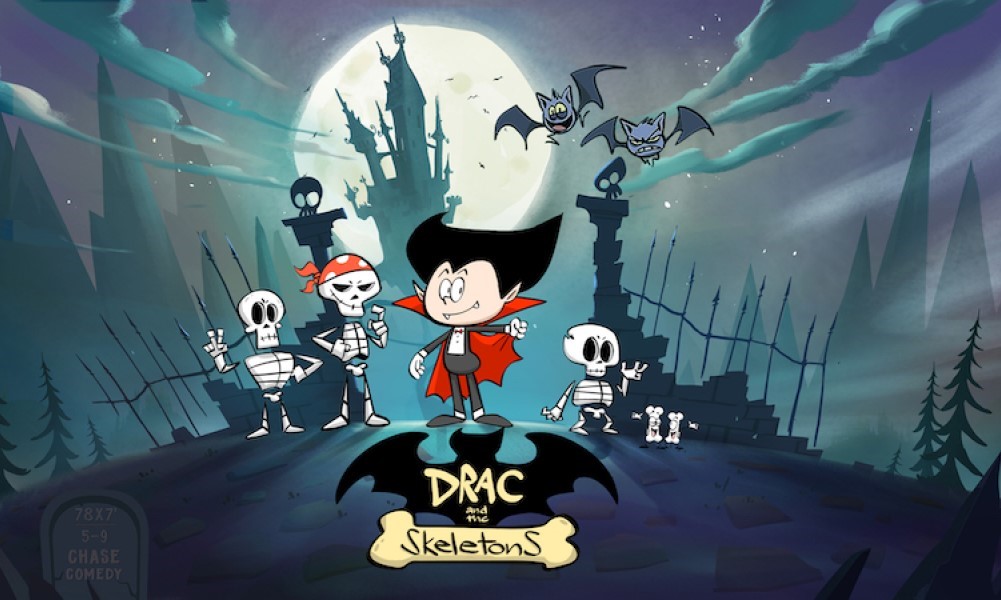 India’s Toonz Media Group and ELE Animations have teamed up to coproduce a spooky chase comedy series for 4 to 7 yo. Developed by both companies, Drac and the Skeletons (78×7’) will be produced in a 2D digital format in two versions – an international version in English and an Indian version in Hindi.

The series centres on three prankster skeletons who take refuge at Count Dracula Junior (or Drac)’s castle. The skeletons try to outsmart and outrun vegan vampire Drac, but Drac has a few tricks up his sleeve to keep his home.