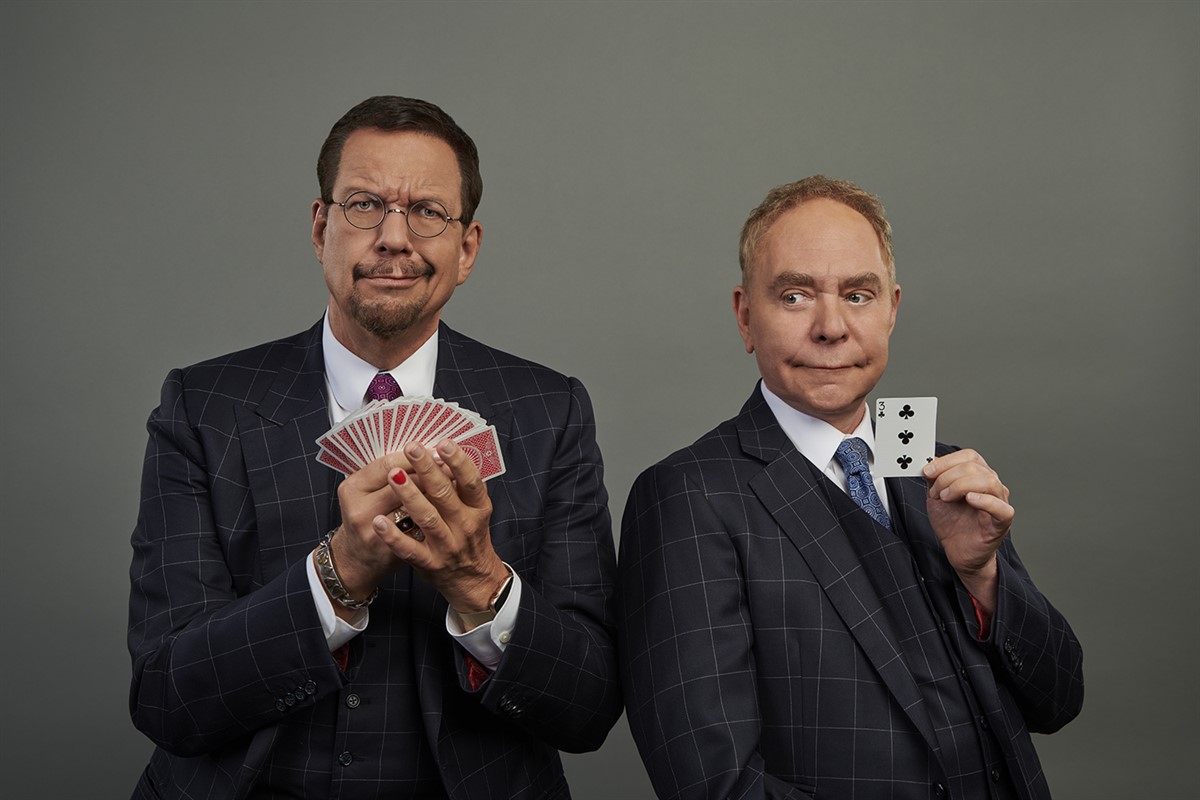 Together since 1975, Penn & Teller’s live show spent years on Broadway and is now the longest-running headliner show in Las Vegas. Penn’s solo exposure ranges wide from Howard Stern to Jimmy Fallon, from Oprah to Colbert, to the Op-Ed pages of The New York Times, The Wall Street Journal, and the Los Angeles Times. He has appeared on Dancing with the Stars, The Masked Singer, as a guest judge on Britain’s Got Talent, Saturday Night Live, and hosted the NBC game show Identity. As part of Penn & Teller he has appeared on hundreds of shows, from The Simpsons and Friends to Billions and Young Sheldon. He recently co-wrote an episode of the Emmy®-winning Netflix series Black Mirror.

He also created and cohosted the controversial Showtime series Penn & Teller: Bullshit! which was nominated for thirteen Emmy® Awards, won him a Writers Guild award and was the longest-running show in the history of the network. He currently co-hosts the CW Network hit competition series Penn & Teller: Fool Us! which was nominated for a 2017 Critics’ Choice award. The series returned for a ninth season in October 2022.

The International Academy is following Covid-19 safety precautions for the International Emmy® Awards ceremony. All attendees will need to show proof of vaccination and a negative test to access the event.

A live feed will be available on the Academy’s website www.iemmys.tv, on November 21 at 8 pm ET.