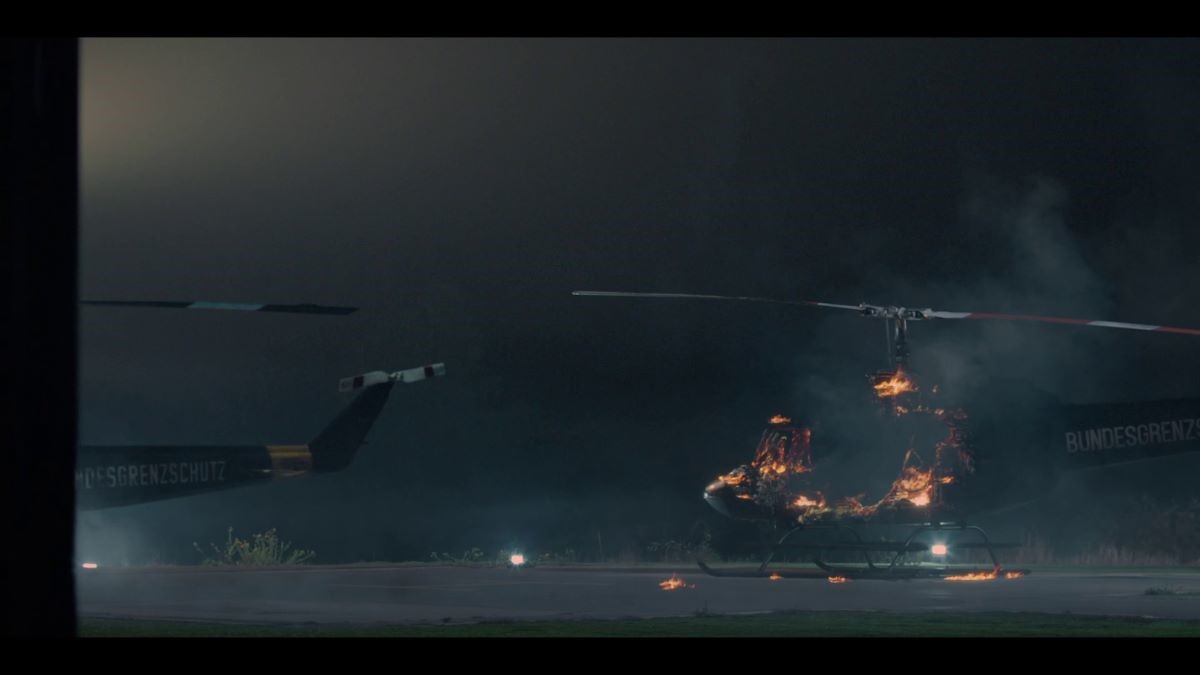 The co-producers also announced the executive producing team behind the documentary, commemorating the 50th anniversary of the slaughter of Israeli athletes by Palestinian terrorists at the 1972 Munich Summer Olympic Games while tracing the origins of modern terror to this day:Russ McCarroll, Michael Schmidt, Emilio Schenker and Gideon Tadmor for SIPUR; Telepool’s Jan Frouman, Julia Weber and Ulrike Schroder; and HOT Channel 8’s Dari Shay, Rinat Klein and Dorit Hessel.

“We are seeing strong sales momentum for Munich ’72 heading into MIPCOM and are in advanced negotiations with a number of other buyers that we will be meeting with there,” says Julia Weber, Global Screen’sHead of International Sales and Acquisitions. “We expect those deals to be announced very soon.”

Also available in a 90-minute feature format, Munich ’72 aired in September on Yes VOD to coincide with the 50th anniversary of the massacre. The documentary presents a close-up and dramatic representation of one of the most infamous terror strikes of the 20th Century, and of the massive failure of a rescue operation that ultimately resulted in the murder of 11 Israelis.

The first Israeli series to focus on the Munich Massacre, the documentary is directed by Roman Shumunov (Back to Chernobyl, Here and Now, Babylon Dreamers), an award-winning Israeli director, writer and editor, and produced by Ronen Machlis-Balzam (Berenshtein); and written by Russ McCarroll, a prolific documentary writer/producer/creator (The 44th President: In His Own Words, Barbarians Rising, The World Wars, Pawn Stars) and investigative journalist/filmmaker Shany Haziza.

Munich ’72 is the first Israeli series to focus on the Munich Massacre, a chilling story of the terror attack as it has never been told before. Blending documentary and fiction, and supported by newly declassified protocols, the series reveals conversations from the Israeli cabinet during the crisis, as well as unseen German documents divulging discussions that took place in the German crisis room where the event was managed. This newly revealed information forms the basis of the series’ dramatic recreations.

Munich ‘72 relives the 5th of September 1972, minute-by-minute, when a group of Palestinian terrorists invades the Olympic Village, abducting members of the Israeli Olympic Team. This sets off the ensuing political debacle that ultimately results in a notoriously botched rescue operation ending with all 11 hostages' deaths. The series focuses on the events that transpired at the Olympic Village and, as told through interviews with athletes, security personnel, high-ranking politicians and experts, unpacks what really happened on this tragic day in a manner not possible until now.

The series combines real-life documentary footage and breathtaking dramatic scenes that are inspired by newly revealed historical information. These tense sequences immerse the viewer in the tragic events in a completely unique manner. The series reconstructs the perspective of the terrorists on the story, helping viewers to understand their thoughts as they planned and carried out the horrific abduction. It also dramatizes newly declassified protocols from both the Israeli and German governments – two paralyzed authorities unable to act while lives are on the line.

The events of the Munich Massacre, in which the Israeli-Palestinian conflict erupted onto a global stage, also tell the story of the Jewish and German nations – two nations struggling to leave the events of the Second World War behind them, only to be met with another tragedy. Fifty years after these events, the horrors still echo in the minds of many. Using new and never-before-seen information, Munich ‘72 revisits the tragedy of 1972 and, for the first time, allows people to fully understand the horrific story that led to such a devastating conclusion.