The New King Documentary leads Beyond Rights's lineup for MIPCOM 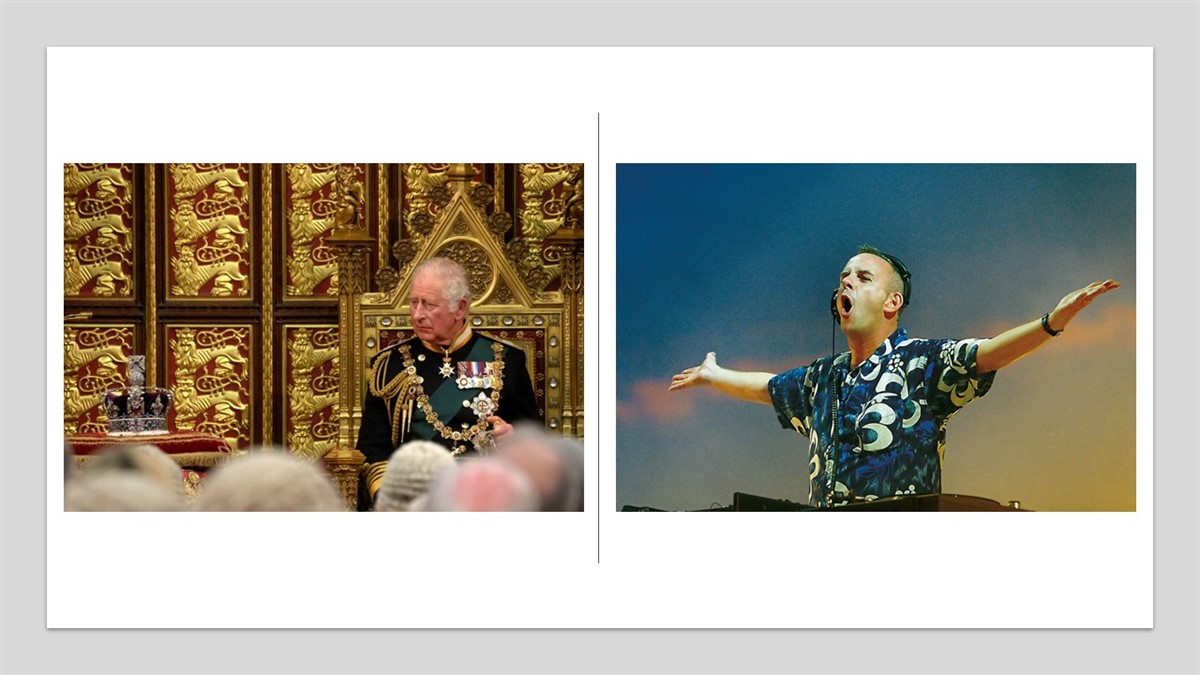 Beyond Rights today reveals its new programme slate for MIPCOM, introducing a fresh selection of unscripted content from a variety of different genres, as well as numerous returning seasons of popular and well-established programme brands. In total, the business is launching nearly 200 new unscripted hours into the international market this autumn.

Leading the new slate is Charles: The New King, a two-hour documentary series from ITN Productions. Told through ITN’s unprecedented and exclusive collection of rare royal archive and revelatory new interviews from those closest to Charles, this insightful and timely series explores those important and pivotal moments in his life that shaped him from royal infant to King. Iconic women feature in new CNN original series; DIANA (6 x 60) from October Films, re-examines the life and legacy of Princess Diana through a fresh lens of modernity, showing her to be a feminist role model, while Reframed: Marilyn Monroe (4 x 60) produced by Raw, reveals a complex woman who took on the power brokers in Hollywood and challenged the misogyny of 1950s America. Also in documentaries, Beyond Rights is launching Right Here, Right Now (1 x 90), a feature-length film from BeyondTNC and BMG Films which captures the iconic, end of an era rave event in Brighton in 2002, where DJ Fatboy Slim made history performing to a quarter of a million people. Exhilarating archive and moving new interviews with Norman Cook (Fatboy Slim) and a host of others, help revisit this landmark event, one that defined a generation.

The slate features three strong new history titles. The Con (1 x 90 & 1 x 60) from White Pine Pictures, with Beetz Brother Film Productions & PMA Productions, tells a gripping and dramatic story from World War 2. Involving dirty tricks, sex, lies and ‘fake news’ it covers the largest and most elaborate espionage operation ever mounted by one country against an ally. Eyewitness WWII: Invasion Italy (2 x 60) from Lou Reda Productions examines the importance of the often-overlooked Italian Campaign, ahead of the 80th anniversary of its commencement in 2023, while Vikings: The True Story (2 x 60) from Like A Shot Entertainment, reveals new discoveries that challenge much of what we think we know about this great Nordic warrior race.

Engineering continues to be a key genre for Beyond Rights, with the launch of Like A Shot Entertainment’s Abandoned Americana (6 x 60) and October Films’ Building the Impossible (3 x 60). The former travels the US to explore the relic structures of everyday American institutions that have made the country what it is today, while the latter sees Rob Bell exploring some of the wonders of the engineering world.

Drowning in Lies (2 x 60) from Caravan is a dramatic, international true crime/true con story that unfolds layer by layer to tell the incredible case of Donald McPherson. When his wife was found dead in a holiday home pool, he was charged with her murder but eventually walked free. And then it turned out that Donald McPherson was just one of 13 different names he had, and that a previous wife and child had also died in mysterious circumstances. Also from the crime genre is Deadly Kin (10 x 60) from Beyond Productions, featuring intriguing true crime stories of families gone wrong, when love turned to hate, respect to retribution and protection to harm.

Beyond Rights is also debuting the first three series of The Style Counsellors (18 x 30), produced by Indiepics. This fabulous lifestyle series features fashion and beauty blogger Suzanne Jackson, leading a team of style counsellors, as they offer hot takes on the latest trends while meeting and conducting makeovers on women (and the odd man) who need to add a bit of wow to their wardrobe.

New wildlife titles are Wild Heroes (9 x 30) from Magnetic Pictures, following the cutting-edge conservation work undertaken at New Zealand’s Auckland Zoo, and Animals Aboard (8 x 60), a feel-good series from Beyond Action exploring fascinating stories of animals in transit around the globe, travelling for work, play, medical reasons, or family reunions.

Sarah Bickley, Beyond Rights’ head of sales says: “MIPCOM this year promises to be a fantastic event with the industry out in force, coming together properly for the first time since October 2019. It’s fitting therefore, that we are bringing such a strong and varied new slate, one that not only plays to current events, major anniversaries and in-demand topics but also includes content from the very latest ‘must-have’ genre, true-con.

“In addition to the new titles, we are pleased to have so many returning series again as this helps those buyers looking for vital volume. These returners speak to our excellent, long-standing relationships with many leading producers from around the world, but we are also delighted to welcome new partnerships this autumn with Indiepics, White Pine Pictures, Caravan, Lou Reda Productions and Magnetic Pictures.”