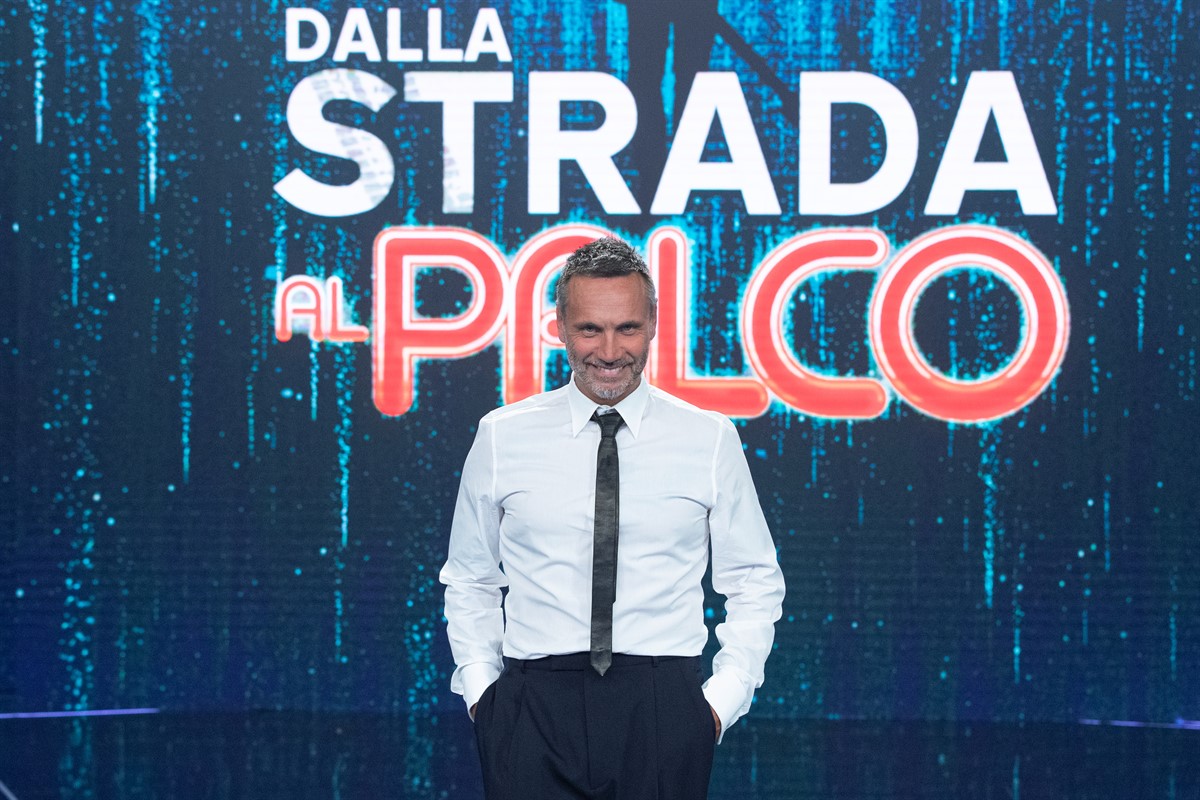 The new original talent show Dalla Strada al Palco broadcast by Rai 2 in prime time on Tuesday, June 28, 2022, produced by Stand by me (part of Asacha Media Group) broke a record of viewers with 1.2 mln viewers and an audience share of 7.5, with peaks of 10.6% share in the commercial target group.
Produced by Stand by me for RAI, Dalla Strada al Palco (BUSKERS ITALIA) is so far the third most watched show or Rai 2 in the 2021-2022 season. The first episode reached a + 35% audience share vs the average channel slot.
The original format (4 episodes) is focused on the research and scouting of the best singers, musicians, and streets artists to bring on stage, giving to them the possibility to perform and show their talent on the prestigious screen of the pubcaster, in front of a wide public and not a simple square, where they are used to perform.
The show is presented by the famous Italian singer Nek.
The participants perform and tell their life stories, in a studio inspired by the atmosphere of Italian squares. The audience and guest celebrities’ panel choose the best performances. In the first episode, Nek's guests are comedians Francesco Paolantoni and Biagio Izzo, who help decide who the episode's five finalists are. The fifteen finalists compete in the final, to win a cash prize and the title of best street artist in Italy.