Summary of the sixth edition of Conecta FICTION & ENTERTAINMENT 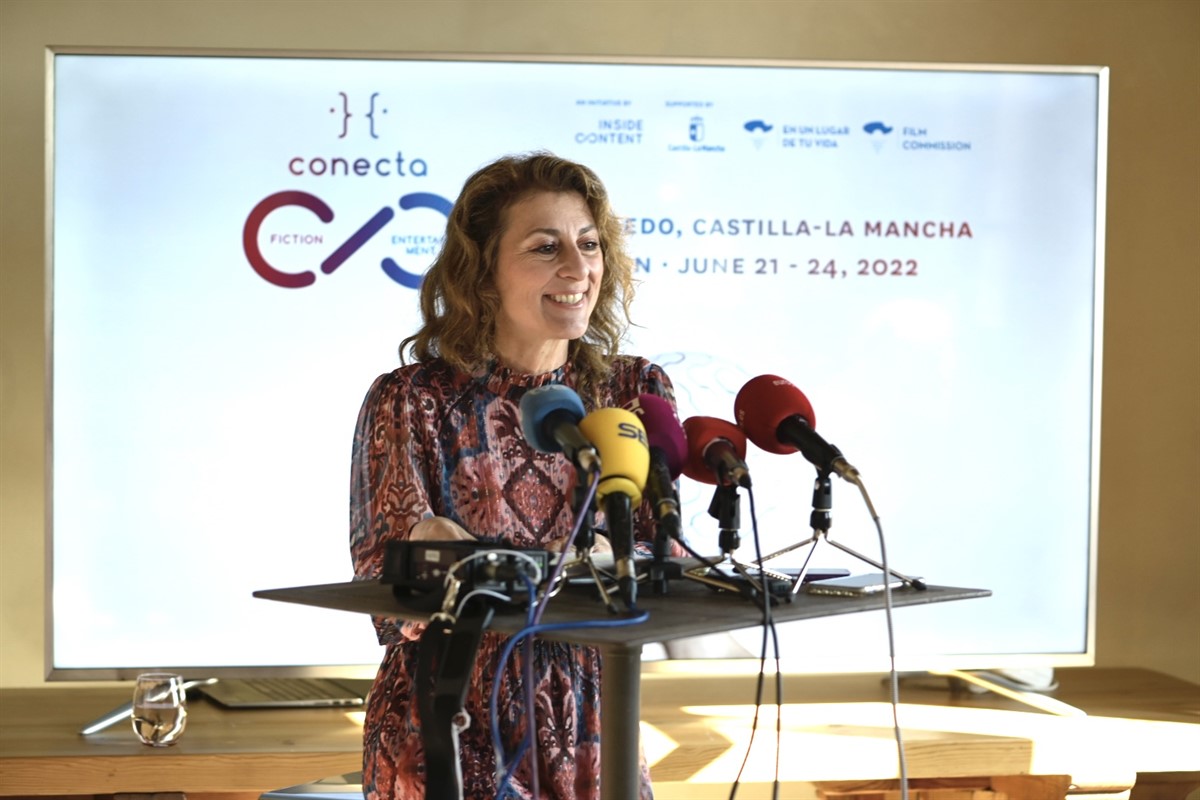 The sixth edition of Conecta FICTION & ENTERTAINMENT concludes today in Toledo, where a large group of professionals from the global fiction and entertainment industry have gathered for four days with the aim of promoting co-production between America and Europe.

The press conference at which the balance of this international meeting was presented, was attended by the Director General of Tourism, Trade and Crafts of the Junta de Comunidades de Castilla-La Mancha, Ana Isabel Fernández, and the Director of Conecta FICTION & ENTERTAINMENT, Géraldine Gonard.

Fernández highlighted the opportunity for Castilla-La Mancha to become the world epicenter of the audiovisual and entertainment industry with the celebration of the sixth edition of Conecta F&E, which has also become a space for business and the exchange of experiences full of activity, "in which we have had the opportunity to hold work meetings with around thirty of the main international production companies to continue positioning our region as a top-level audiovisual scenario".

Gonard gave the main figures for the edition held in Toledo. With a total of 728 accredited professionals from 31 countries from both continents, the sixth edition was the largest of those organized to date.

In terms of participation by country, she mentioned that 70% of the participants were Spanish and the presence of European and American participants was very balanced, with the United States, France, Argentina, Italy, the United Kingdom and Portugal being the countries with the largest number of representatives.

As for the profile of the participants, the director pointed out that the majority of the participants were producers, scriptwriters, distributors, TV channels, platforms, talent and institutions, as well as national and regional audiovisual support organisations, both Spanish and from other countries.

Nearly 4,000 face-to-face meetings were held at the Palacio de Congresos El Greco, and participants were offered a total of 17 panels, 10 keynotes, 5 pitching sessions and 21 activities including workshops and talks. Of these, 18 were part of the special programme dedicated to Spain as a focus country.

The new ConectaMeet agenda service exceeded 225 scheduled appointments. In addition, 7 cocktail parties were offered by various sponsors, which have become ideal moments to make new professional connections, and a session open to the public of the city of Toledo in which the avant premiere screening of the original Disney series "Santa Evita" took place with the presence of the technical and artistic cast. The series will be launched worldwide from 26 July; in Spain it will be available on Disney+.

Next Focus Countries: Mexico and Poland

Finally, during the press conference, the countries that will be the protagonists of the next edition of the event were announced. Returning to the classic Conecta formula, once again a European and an American country have been chosen as Focus Countries: Mexico and Poland with their respective industries, content and talent. Both countries have been represented during this meeting by Jaime Vigna Gómez, deputy director of the Mexican Cultural Institute in Spain, and Joanna Gdowska Bomfim, project coordinator of the Polish Institute of Culture.