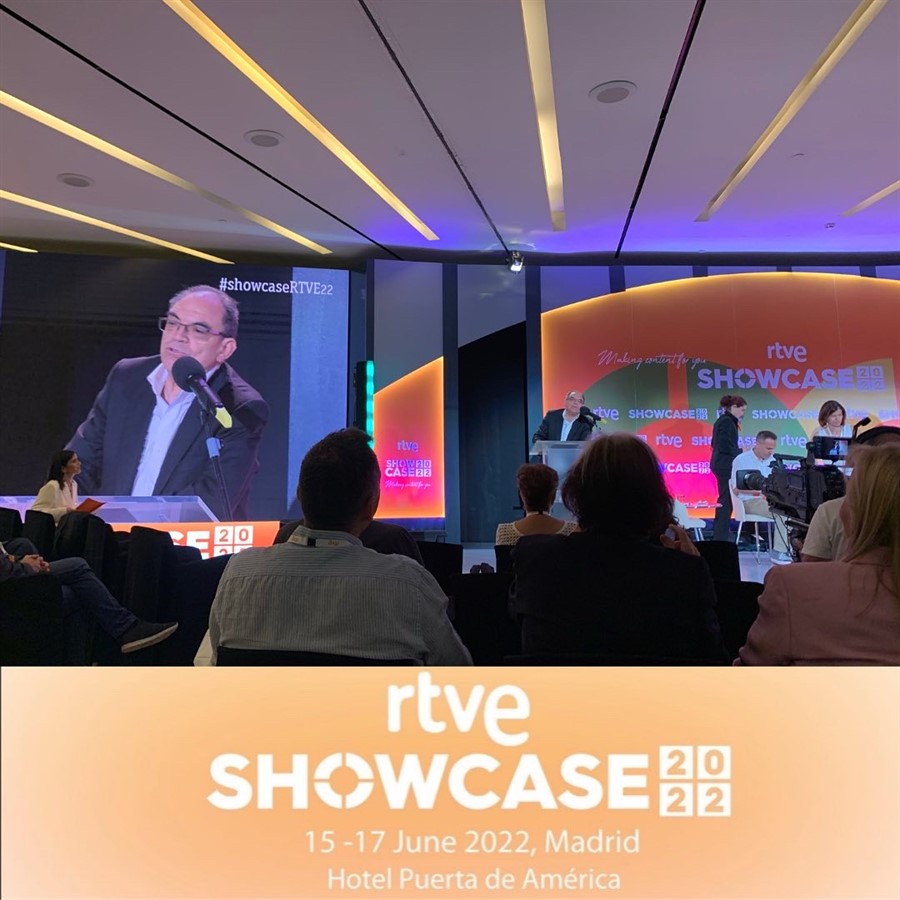 The second day of screenings of RTVE Showcase was rich of new panels and presentations that ranged from fiction, to film production and tv formats.

The morning opened with the presentation of SER O NO SER, the successful fictional tv series produced by RTVE, that tells the story of Joel, a trans teenager who dreams to become an actor.

Followed the seventh season of THE HUT, named GUADIANA after the place in which this chapter of the series takes place. In addition to the unvaried alchemy between the members of the cast, this season finds its appeal in the compelling plot that is built around a complex case of mental illness.

Emotions continued to be put at centre with A WORLD FOR JULIUS, a film that abitiously re-adapt the cult novel by Alfredo Bryce Echenique.

The second half of the day was dedicated to factual formats with MAGIC LAND, a documentary that unites magic tricks with cultural tourism, and BLOOD TIES.

This second day was as rich of interesting discussions as the first one: among the conversations made in the panels, particular attention was payed to the challenges of international co-productions. Here, the producers Albert Sagalés, Gonzalo Sagardía, Rafael Bardem, Kai Finke and Sebastián Vibes pointed out how international co-productions set new challenges as much as open new creative possibilities. Co-productions necessarily require compromises, but they may pay back both in terms of an increase in the budget and in the possibility of reaching a larger public. Following on from that, Kai Finke, Director of Content Acquisitions  and Co-productions for Netflix  in Europe, Middle East and Africa, pinpointed that Netflix look with much interest co-production with local and public televisions. Giving the example of THE PATIENTS OF DR GARCÍA, Finke explained that Netflix looks for extremely rooted and localized content with an international potential, products that can be successfully launched locally by national televisions and, at the same time, can reach an international audience thanks to Netflix.
The second panel of the day, dedicated to Spanish producers, tackled delicate themes such as IP protection.

The day ended with a speech held by the RTVE Commercial Director Rodolfo Domínguez. Domínguez, in the press conference stressed how the Showcase went beyond his expectations both in terms of participation and feedbacks. The great quality of the Spanish productions, said Domínguez, can find its own place in the global market, where it is even more important, for the right product to find the right public through the right distribution channel.