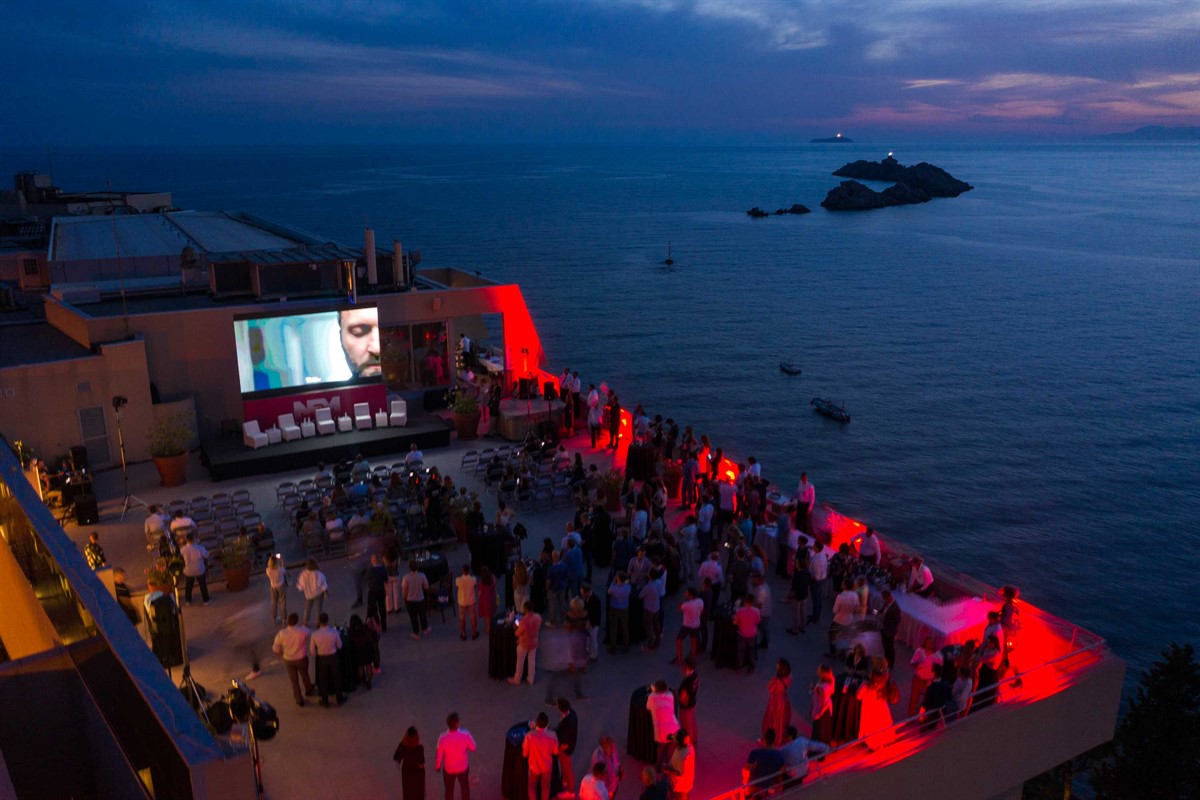 The biggest TV industry event, located in one of the most fascinating Croatian coastal cities, once again gathered its top-tier leaders. The best media experts, panelists, and keynote speakers arrived to Dubrovnik to discuss new trends, strategies, and changes in the TV industry for the ninth edition of TV market NEM Dubrovnik. Starting yesterday, and for the next three days, various networking opportunities and relevant events will take place in Hotel Dubrovnik Palace.
TV market, organized by Croatian marketing and TV industry agency Mediavision, started with meetings and gatherings. Followed by networking events in beautiful restaurants, day one set the right tone.
ZDF Studios, a key production-distribution component of Germany's public broadcaster powerhouse ZDF, was hosting the grand opening of NEM Dubrovnik. They specialize in the implementation of international co-productions, license purchasing, and merchandising of ZDF program brands. After welcoming attendees with drinks in a relaxed atmosphere, Robert Franke (Vice President Drama, ZDF Studios) and Mirela Nastase (Director Drama, ZDF Studios), took over for the opening speech and presented the audience with an exclusive screening of new Spanish miniseries Boundless centered around the revolutionary explorer Ferdinand Magellan. It follows the first epic voyage that changed man’s perception of the world. “Such an iconic discoverer and seafarer like Magellan is in itself a brand”, explained Franke. The high production series, premiering on Amazon Prime on June 10th, was filmed in Dominican Republic, Basque Country, Madrid, and Seville.
Before showing the series, the audience met Susanne Frank (Director Drama, ZDF Studios) and actors Gonçalo Diniz, and Niccolò Senni through a Q&A while Miguel Menéndez de Zubillaga (Executive Producer) joined virtually. Álvaro Morte (Money Heist) and Rodrigo Santoro (Westworld) star in lead roles.
“It was the right decision for the producers to stay true to the origin of the story and leave it in the language those people spoke. Lot of things otherwise get lost in translation and you lose a lot of the performance. Especially nowadays with all the streaming platforms bringing content in native languages, there is a much greater acceptance among audiences to really appreciate original language. We always prefer to have something in native language because its more authentic and it will better resonate with the audience”, said Robert Franke.
NEM Dubrovnik 2022 opening day ended with partying on Rooftop Terrace overlooking the Adriatic, with food and drinks, chatting and dancing. It established the mood for the rest of the exciting panels, speakers, and networking we expect in days to come. More information about NEM Dubrovnik can be found on the official agenda as well as the list of confirmed sponsors and attending companies.