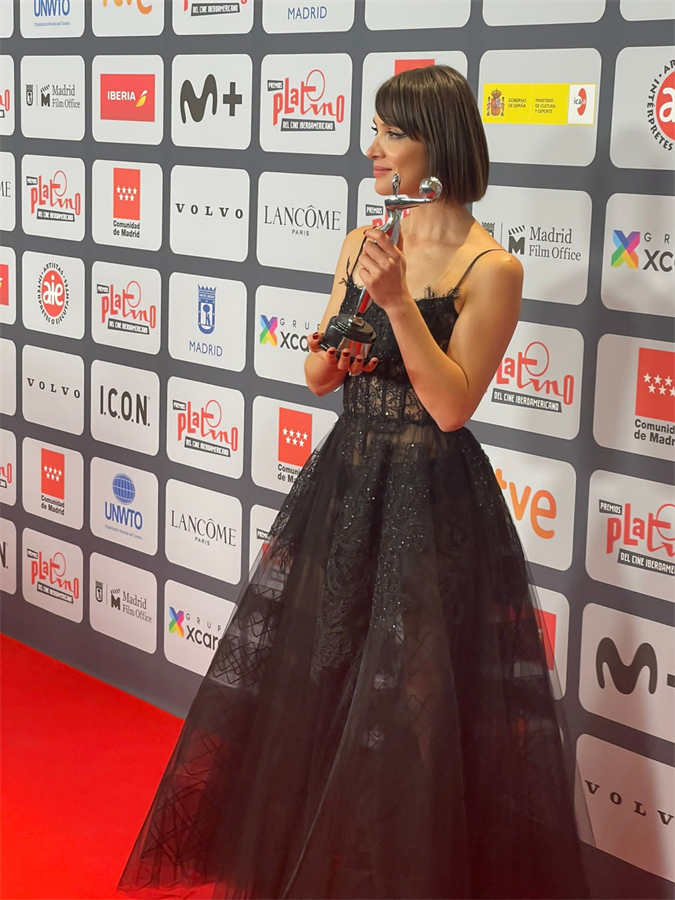 Daniela Ramírez won the prize of Best actress in a TV series for Isabel at the Platino Awards on Sunday, May 1 - The Ibero-American Award equivalent to the Oscars which took place in Madrid.
Daniela Ramírez won for her leading role as Isabel Allende in the miniseries Isabel, produced by Megamedia Chile and distributed internationally by MGE (Mega Global Entertainment), which narrates one of the most important stages in the life of the renowned Hispanic writer.
The gala of this IX Edition of the prestigious Awards was held in Madrid, and it was attended by the most important figures of Ibero-American television. On behalf of Isabel, in addition to Daniela, the executive producer Isabel Miquel, the director Rodrigo Bazaes, and the CEO of the series' distributor, MGE, Esperanza Garay, attended. The Isabel series was also nominated in the category of Best Miniseries.
¨I am very grateful, first to my dear colleagues whom I admire, grateful to Isabel Allende for her immense history, for being a brave and rebellious person, always revolutionary and feminist from the beginning. I thank the producer Isabel Miquel for creating this story, Rodrigo Bazaes, the director, for his sensitivity, and Megamedia Chile for choosing and bringing this wonderful story to the screen. I thank my family, my parents, my son who is my entire strength. I thank the Platinum Awards for having valued this performance. And I am also grateful for having chosen this profession, in which I have sacrificed a lot, because telling stories is a constant sacrifice, but it has been so worth it¨, Daniela Ramírez said very emotionally when receiving her award for Best Actress in a Miniseries.