Reality series FBOY in production in Europe for HBO Max 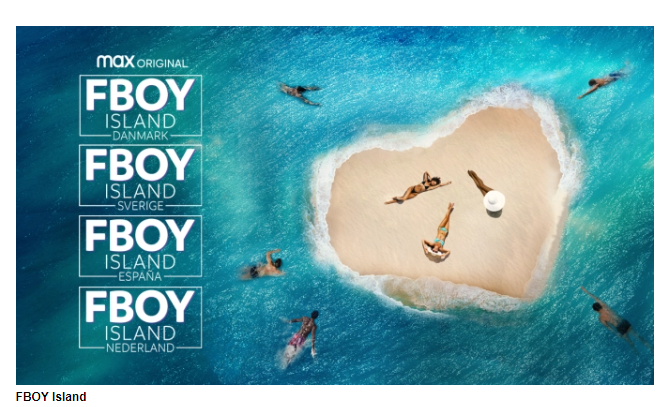 HBO Max has set local versions of the hit social experiment FBOY Island in Denmark, Spain, Sweden and the Netherlands.

The show follows as three women looking to find a lasting love connection move to a tropical island where they’re joined by 24 men—12 self-proclaimed “Nice Guys” looking for love and 12 self-proclaimed “FBoys”—there to compete for cold, hard cash. Warner Bros. International Television Production (WBITVP) will be producing in each territory.

The series concept was created by Elan Gale (The Bachelor franchise).

In the US FBOY Island had the biggest debut for a Max Original reality series since the platform launched, with viewership growing week on week.

Sitvast, who heads up all unscripted Max Original productions commissioned and produced in EMEA, said, “FBOY Island comes to Europe with fantastic credentials, having been a huge success in the U.S. on HBO Max. What it also comes with is a fresh take on the dating series format; it’s funny, self-aware and puts women front and center of the decision-making process. These commissions represent our ambition to serve local audiences, broaden our slate and attract new audiences to HBO Max, while, of course, maintaining that unique approach to quality.”