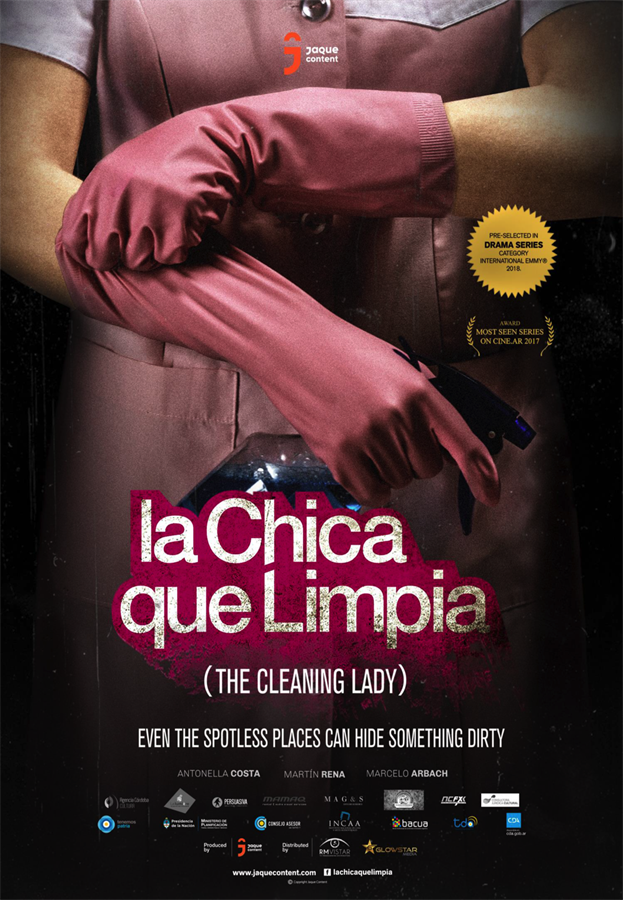 The successful crime fiction created by JAQUE CONTENT "THE CLEANING LADY”, Argentine’s acclaimed series that integrates GLOWSTAR MEDIA’s portfolio, has achieved new license goals in two new challenging territories, added to the vast list of countries previously reached by this award-winning production, either through its original version or the license of its rights for local reversion
This Argentine best-seller is once again in the news as per its recent option agreement for local remake in Turkey by O3 Medya , a Turkish company with long track record in generating productions for important audiovisual platforms such as Netflix and Fox Turkey. At the same time, the original version has been licensed for broadcast by British company Videoplugger for SKY Switzerland, an audiovisual platform covering Switzerland and Liechtenstein.


Once again, THE CLEANING LADY crosses new borders to get to new audiences, reinforcing its path of international success that has become a benchmark based on its numerous sales and adaptations in different territories and languages. Some of the most resounding license agreements on this series are Mexico, where BTF Studios produced its remake for Warner/HBO Latin America under the name of “La muchacha que Limpia”, and the English adaptation in USA by Fox for Warner Bros “The Cleaning Lady”. Other achievements of JAQUE CONTENT´s prestigious series include its disembarkment to India, Arab countries, Russia, Brazil, Spain, Poland, and Germany.