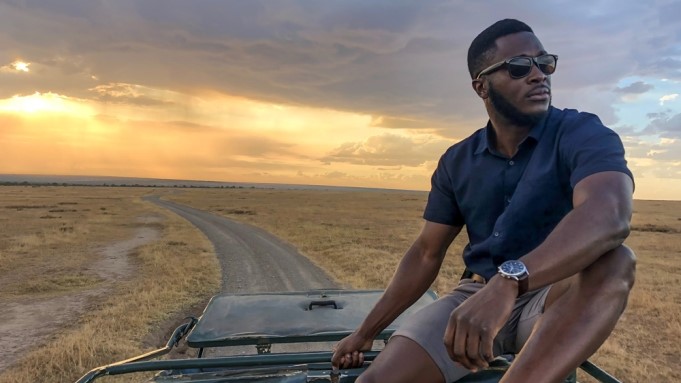 Deals have been secured with ABC – Australia, Viasat World – Nordic and Central & Eastern Europe, RAI – Italy, Studio Hamburg – Germany, UR – Sweden, NRK – Norway and VRT – Belgium, with more deals in the pipeline at MIPTV, where presenter of the series, wildlife filmmaker, podcaster and author Patrick Aryee will give the keynote address at MIPDoc.

Production took place throughout 2021, over the course of approximately 12 months. Principle photography was around 15 weeks and saw multi-national crews travelling across four continents. Stories were filmed in Namibia, Jordan, UK and in ten states across America – ranging from Hawaii to Florida.

Jonathan Ford, Managing Director at AMR comments, “Patrick Aryee is an engaging presenter whose passion and knowledge is so evident in this high-octane series. He takes us on an adventure which highlights human ingenuity – with explorers, fighter pilots, scientists and inventors all revealing for the first time startling wild-inspired innovations.”

Donovan Chan, Executive Producer at Beach House Pictures adds, “Only a true team effort could have produced such an inspiring and entertaining show, in the thick of the pandemic no less. We are extremely grateful and proud of our partners, from Patrick Aryee to Curiosity and of course Abacus Media Rights, who have been smashing their targets to help us achieve our vision of bringing our stories to the world.”

This irresistible series is crammed with adventure, wildlife, eye-watering locations and mind-bending futuristic science. Evolve is a refreshing and uplifting global journey which deep dives into the fascinating and emerging world of biomimicry and whether the unique adaptations of the animal world can truly help us to find futuristic solutions to some of our biggest problems?

Helmed by star Patrick Aryee — biologist and host of the BBC’s 30 Animals That Made Us Smarter — Evolve tells the enthralling and visually spectacular stories of some of the most astonishingly superpowered creatures on the planet. But the story doesn’t stop there. The series goes on to investigate how we could harness evolution’s unique adaptations to potentially revolutionize our future.

Celebrating the genius of evolution through incredible wildlife sequences, we demonstrate how animals around the globe have evolved beyond our current technologies. The series boasts artwork from Emmy-award winning artists that bring us inside the hidden genius behind nature’s adaptations and potential future worlds.