Beyond Rights presents its MIPTV's lineup 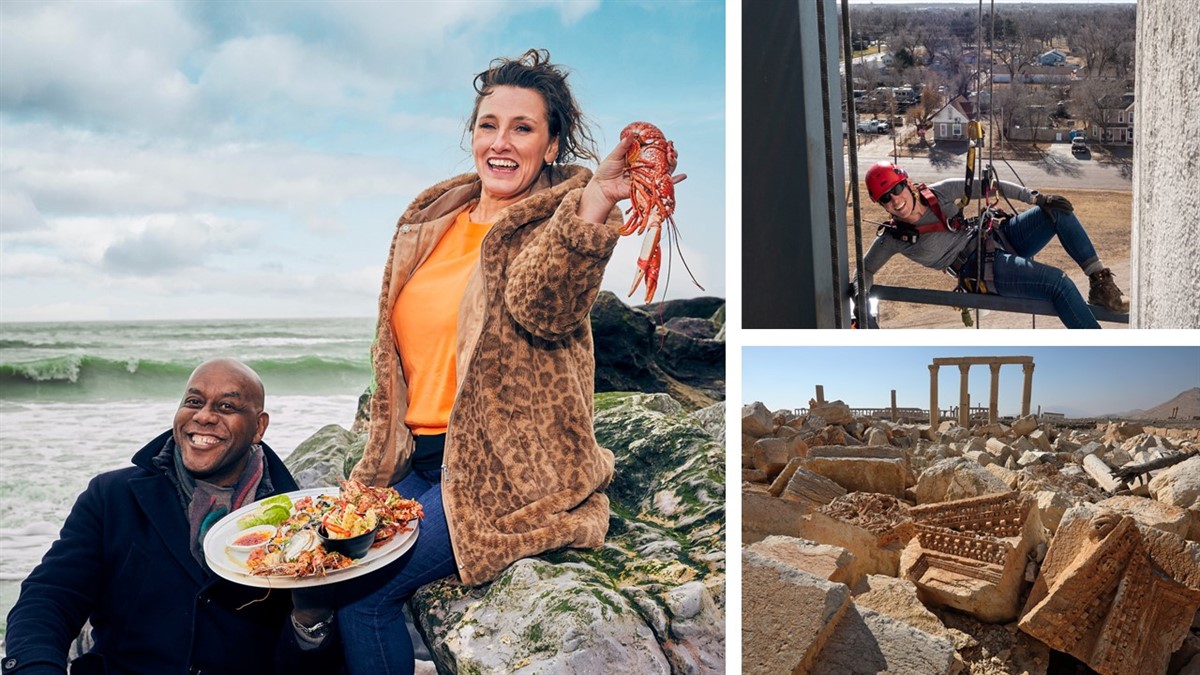 Beyond Rights today reveals its new content slate for MIPTV, introducing a wide range of fresh unscripted content from a variety of different genres, and numerous returning seasons of popular and well-established programme brands. In total, the business is launching more than 180 new unscripted hours into the international market at this time.

Leading the new slate are two new crime and investigation series: Santa Claus the Serial Killer (3 x 60), produced by Forest, examines the case of Bruce McArthur, a shopping mall Santa, who was convicted of killing eight young men in Toronto. Journalist Mobeen Azhar investigates why they killings went unchecked for so long, revealing themes of race, culture, faith, and sexuality. Loot (8 x 60), from EQ Media Rights, travels the world for a fascinating investigation into how the trade in stolen antiquities and art has become a major source of income for criminal syndicates, gangs and terrorists across the globe.

End of the Rope (6 x 60) heads a dynamic reality slate. Produced by Big Coat Media, it provides an exclusive – and visually breath-taking - peek into the high-octane world of rope access technicians. Cameras follow a brave elite team as they travel the US to undertake ingenious fixes on some of the country’s most impressive landmarks, with just a rope for support. Custody Cops (3 x 60), produced by Double Act, captures life working in one of Britain’s biggest and newest custody suites, while Yorkshire Midwives on Call (5 x 60), from Candour Productions, follows an incredible team of home birth midwives as they help families across the county welcome their new arrivals. Back with the Ex (7 x 60 + format), from Seven Studios, reunites brave singles with the one that got away to see if they were meant to be together after all.

Key new history titles include Underground Railroad: The Secret History (4 x 60). Produced by Attraction Media, it uses archaeology and the latest technology, including cutting-edge drones and LiDAR, to reveal the incredible hidden network of secret routes and places that helped enslaved people escape to freedom in 1800s America – and unlock some of their long-held and biggest mysteries. Trains at War (4 x 60) meanwhile, from Pernel Media, explores the role of the train in conflict - from logistics to weaponry - and sheds fresh light on four famous campaigns of World War 2 through the unique prism of the train.

A new single documentary, 54 Hours Beneath (1 x 60), from One Tribe TV, looks deep into what happens when caving goes wrong, emerging as a tale of hope, bravery, and the insurmountable strength of the human spirit. It follows the incredible story of English caver George Linnane who was trapped with life-threatening injuries in Britain’s deepest cave – and the remarkable 54-hour long mission to rescue him.

Pernel Media’s Europe’s Greatest Train Journeys (6 x 60) is a sumptuous new travel series featuring extraordinary train routes such as those through Italy’s colourful cliff-top villages of the Cinqueterre and the Duoro Line in Portugal’s winemaking region, while Best of Britain by the Sea (5 x 60), from Blink Films, is a delicious mix of food show and travelogue, hosted by Grace Dent and Ainsley Harriott. A further new food title, ECG Productions’ Taste the Diversity (10 x 30), explores different cultures, history, and personal stories from around the world through tasty national dishes and recipes.

As buyers have come to expect, Beyond Right’s latest slate also features a number of new seasons for long-running, popular returning series including: Abandoned Engineering S8 (12 x 60) from Like a Shot Entertainment, Heavy Rescue: 401 S6 (18 x 60) from Great Pacific Media, season 10 (18 x 60) of Love It Or List It from Big Coat Media, season 7 of Love Or List It: UK (5 x 60) from Raise the Roof Productions, a third season of Filthy House SOS (8 x 60), from Gobstopper TV, Aussie Snake Wranglers S2 (12 x 30) from Breakout Productions, The Secret Life of Lighthouses S2 (3 x 60) from October Films, Forbidden History S7 (8 x 60) from Like A Shot Entertainment and Carnival Eats S9 (13 x 30) produced by Alibi. In addition, there are two new seasons (S3 & S4; 15 x 60) of Kalel Productions’ Rich Kids Go Skint and two series (12 x 60) of a new spin-off, Rich Kids Skint Holiday. Finally, ITN Productions has added a new hour to its landmark documentary series Elizabeth, now 9 x 60, to bring the story of Queen Elizabeth II right up to date for her Platinum Jubilee year.

David Smyth, CEO of Beyond Rights, comments: “We are delighted to be launching such a strong and diverse new slate of programming this spring and are especially looking forward to discussing it face-to-face with as many buyers as possible at MIPTV next month. Not only do we have some fantastic new titles in genres for which we are very well-known, but our ability to return with new seasons of long-running programmes each year is always well-received as many of these go on to become anchor brands on channels around the world.

“We are also pleased to extend our relationships with so many leading producers, such as Big Coat Media, Great Pacific Media and Pernel Media, and to welcome a number of exciting new partners to our roster this year, including Candour Productions, Forest, Double Act Productions and One Tribe TV from the UK and ECG Productions from Canada.”