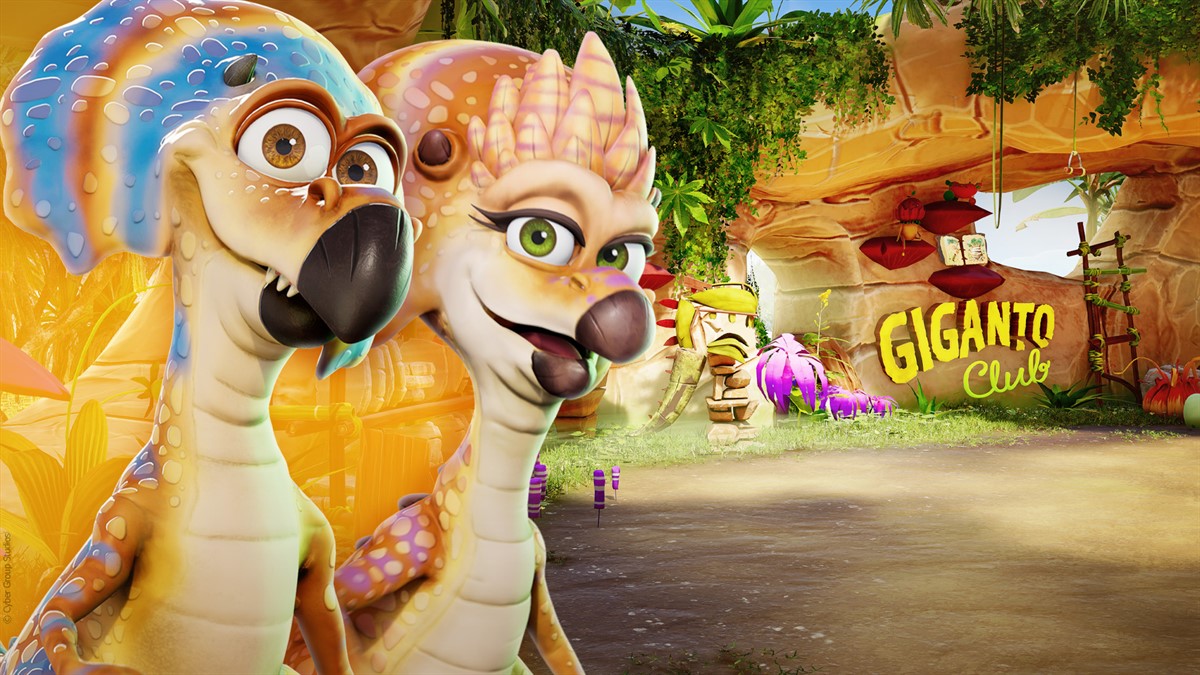 The series, which was completely developed and produced by Cyber Group Studios, expands on the success of Gigantosaurus, launched worldwide in 2019.

Giganto Club is hosted by real-time animated dinos that engage viewers with awesome games, songs, and themed segments such as "Dino-news" and "Dino-guests.” The 26x11 animated series presents fascinating facts about the Cretaceous period and provides interesting comparisons with today’s world and features breathtaking landscapes and locations.

“This is the beginning of a wonderful relationship, and we are pleased to be adding Giganto Club, our very first digital native series, into the YouTube Kids Safe Streaming service. Cyber Group Studios continues to rapidly expand and diversify our digital presence with exciting new distribution partnerships. We’ve created exceptional and immersive content and we are thrilled to bring it to children and families around the world.” Pierre Sissmann, Chairman and CEO of Cyber Group Studios.

Cyber Group Studios developed and produced Giganto Club in its high-tech studio in Roubaix (France) with motion capture driven by XSENS technology and powered by Unreal Engine provided by Epic Games. Cyber Group Studios received the Epic MegaGrant from Epic Games in 2021 with the goal of helping the company accelerate its ability to create immersive entertainment experiences and further its mission of delivering film-quality content and interactive games to homes via all devices.

Giganto Club is directed by Olivier Lelardoux (Gigantosaurus), written by Mickael Frison and Jacqueline Moody (Gigantosaurus) and technically supervised by Andreas J. Carlen, a veteran lead software engineer and technical director with 25-years’ worth of experience in real-time production. The virtual production and real-time animation initiatives are being led by Cyber Labs, the brainstorming and experimentation division of Cyber Group Studios.