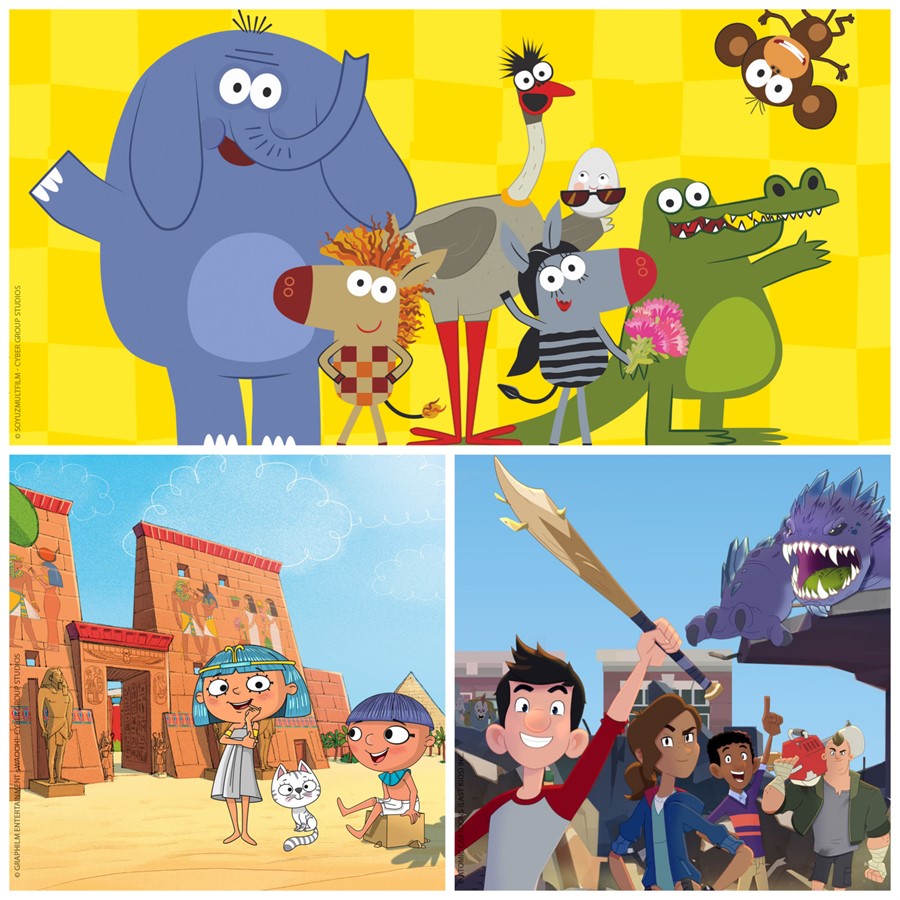 Cyber Group Studios inked broadcast and streaming partnerships with international broadcasters and digital platforms for programs in its portfolio.

In Lithuania, LRT picked up Mirette Investigates, The Pirates Next Door, and season one of Gigantosaurus. Ceska TV nabbed seasons two and three of Zou for Czech Republic. Hungary’s. MTVA scored the same two seasons of Zou as well as Raju the Rickshaw and Tom Sawyer.

In Asia, Cyber Group Studios also inked a deal with Canal+ for its international channels in Myanmar and Ethiopia. Mirette Investigates, Leo the Wildlife Ranger, and Purple Turtle have been picked up in Myanmar, while Zou, Mini Ninjas, and Zorro: The Chronicles were picked up for the THEMA channel in Ethiopia.

Raphaelle Mathieu, SVP Sales and Acquisitions and New Media at Cyber Group Studios, remarked, “We’re very pleased to be working with so many of the world’s leading broadcast and streaming partners that share our commitment to providing quality children’s programming to kids and families everywhere.”

Mathieu added, “Our expansive and diverse slate provides a rich range of content for today’s young audiences, and we look forward to work with even more producers and co-producers, to make our distributed programs available to more viewers around the globe to engage with, learn from, and enjoy.”