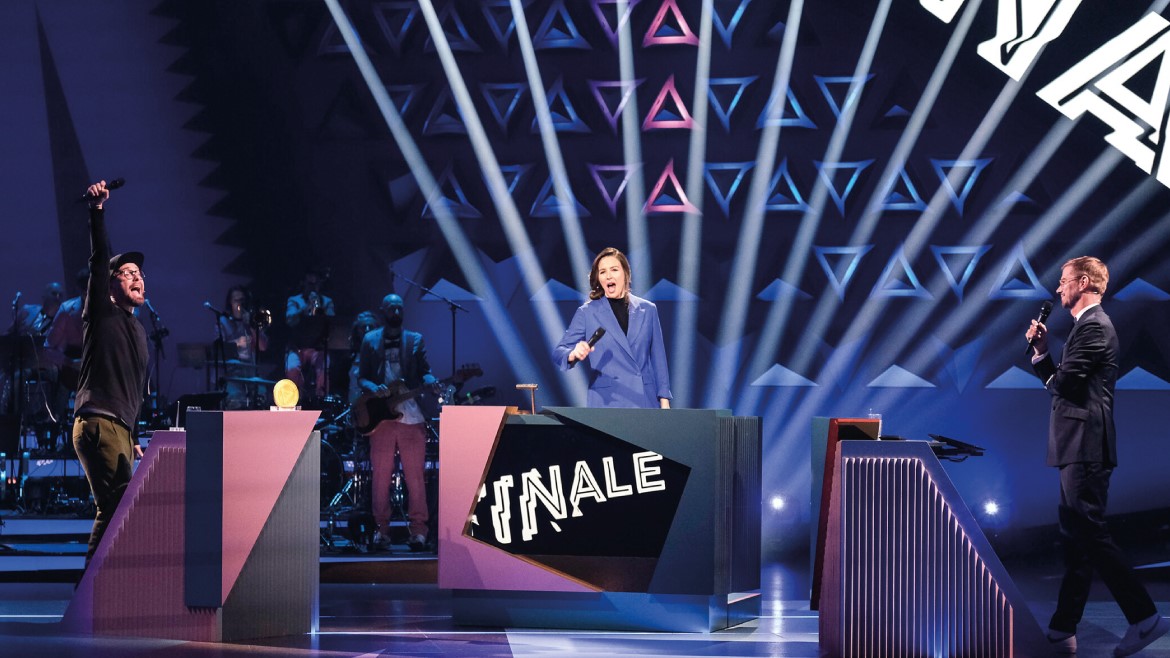 The innovative format – which offers three celebrity contestants and a member of the public the chance to literally steal the show and take control of the next episode as quiz master – is a huge ratings winner for ProSieben in Germany. Season two, which aired in August this year, bettered the first season ratings, scoring over 15% market share in each target group.

The season three launch did better still, with 1.34 million 14-49-year-old viewers tuning in – a market share was 19.3% and the strongest primetime show with this demographic. DWDL stated, “No other format in primetime has been more successful with young audiences. Not even Who Wants to Be a Millionaire?”

The primetime format propelled ProSieben to win the day with daily market share of 11.6% on Tuesday, compared to RTL’s 10.2%.

The season premiere saw musician Mark Forster win against host and quiz creator Joko Winterscheidt in the final and steal the show from him. Mark Forster will host his own episode of Stealing the Show!, next Tuesday, January 11, 2022 at 8:15 pm on ProSieben.