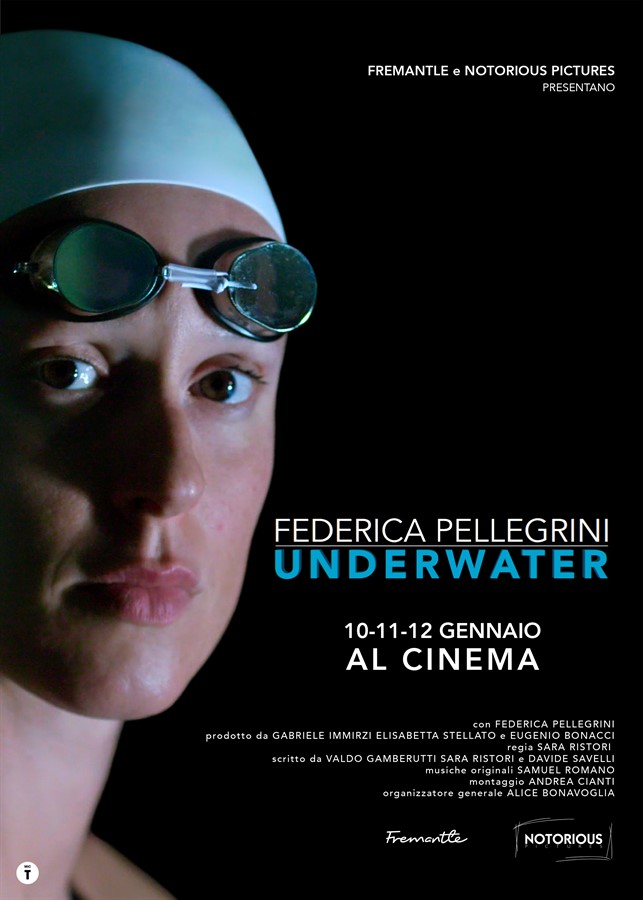 Being nicknamed ‘La Divina’ or ‘The Divine’ can only mean you are doing something right. She is the most famous Italian swimmer and Fremantle just produced a documentary titled Underwater about her. The film documentary will be released next January the 10th in cinemas.


And that is the case for swimming sensation Federica Pellegrini, who was given the nickname by her legions of fans in Italy.

The Venice-born athlete burst onto the international stage as a 16-year-old, winning an Olympic silver medal at Athens 2004.

Four years later she converted that into Olympic gold at Beijing 2008, and is the only swimmer in history to medal at eight consecutive world championships in the same event.

She is also the only Italian swimmer to have set world records in more than one event (200m and 400m free).

That consistency over such a long period, in a sport where careers are typically short due to burn out, is perhaps the real reason why Pellegrini is considered other-worldly.