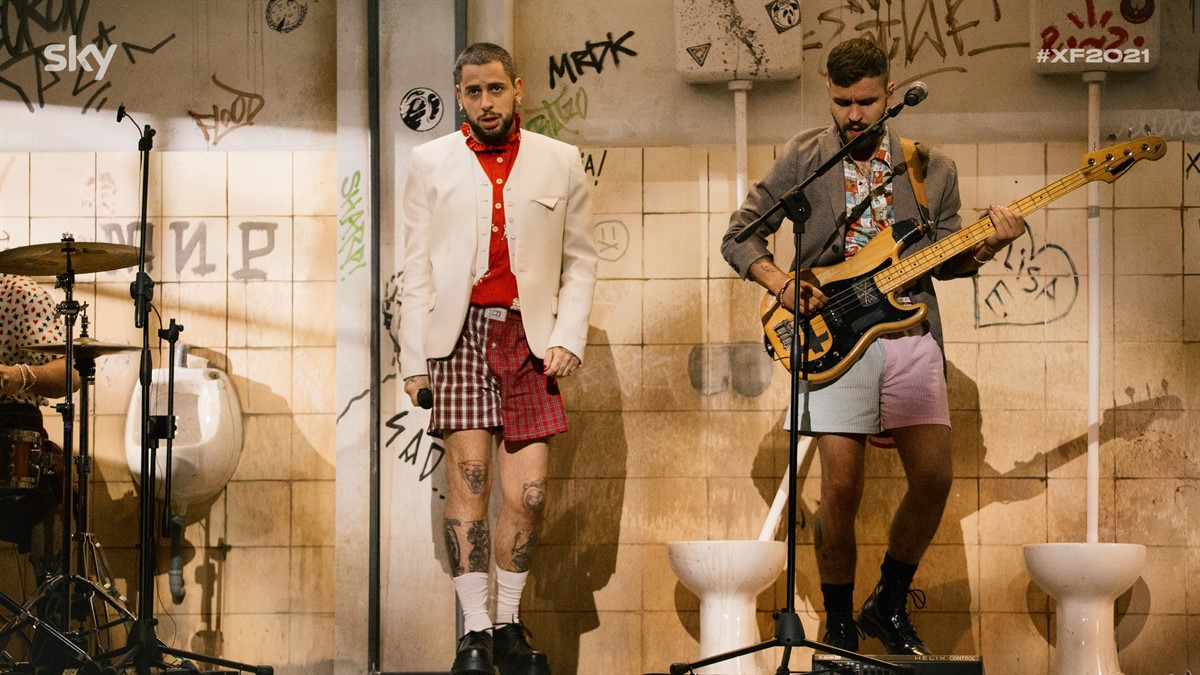 Good start  for the first episode of  X Factor 2021 Live, at the Theater in Assago.
The debut of the live show on Sky Uno / + 1 and simulcast on TV8 last Thursday, October 28 in prime time, recorded 1.190 mln with an audience share  of 5.6%. And again, always very high numbers also from social networks: with 394,582 total interactions, the first Live Show ranks first in non-sporting television events. The official hashtag # XF2021 was in the Trending Topic Worldwide chart for hours during the airing; in the ranking of the TT Italia, however, it remained - almost always in first place - until today, and among the most discussed words there was also Mika, Emma, ​​Ludovico, Erio, Carmen Consoli, Le Endrigo (sources: Talkwalker , Trends24.in).
Over the 7 days, on pay, the episode of the Home Visit on air last week attracted an overall average of 1,124,000 viewers.