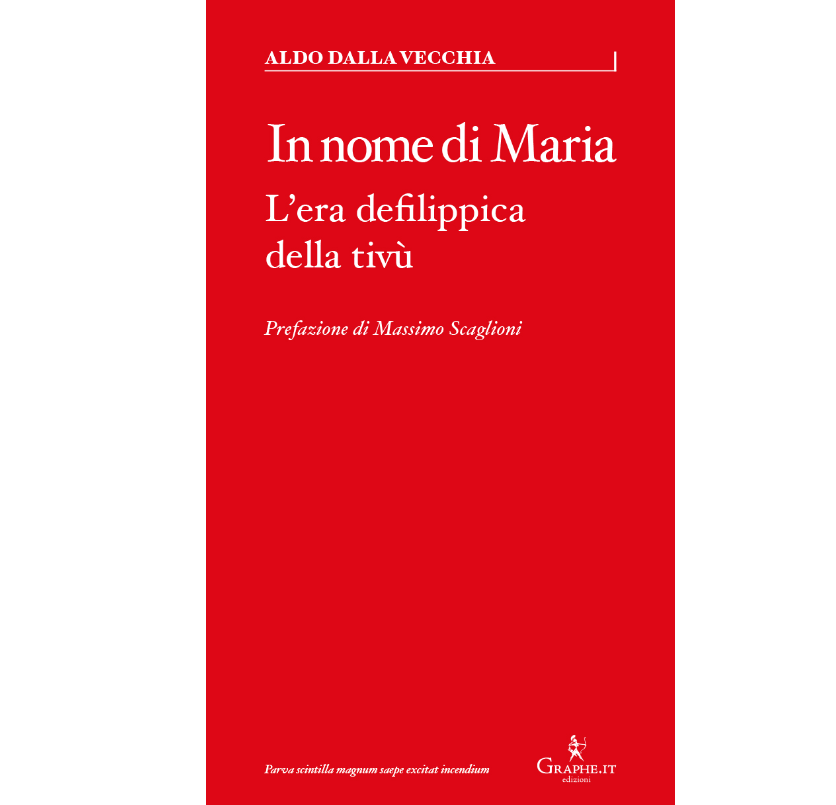 Writer Aldo Dalla Vecchia has recently published a new book titled In the name of Mary. The era of the TV show (original title In Nome di Maria. L'era defilippica della tivù), edited by Graphe.it with a short introduction by professor Massimo Scaglioni.

The book is a tribute to Maria De Filippi on the occasion of her first 60 springs, and on the eve of the 30th anniversary of her TV debut. In the name of Maria traces the career, unique not only in Italy, of a "presenter by chance" who has become the queen of the small screen, from the debut as an author of to the current, unshakable status of Queen Mary, at the helm of a kingdom that knows no sunset, as the subtitle of this one clarifies essay: The era defilippica of the TV.

"Maria De Filippi has produced and conceived many success like Amici, C'è Posta per te, Uomini e Donne...this book has the merit of giving us an overall picture of the De Filippi branded television." added Massimo Scaglioni.