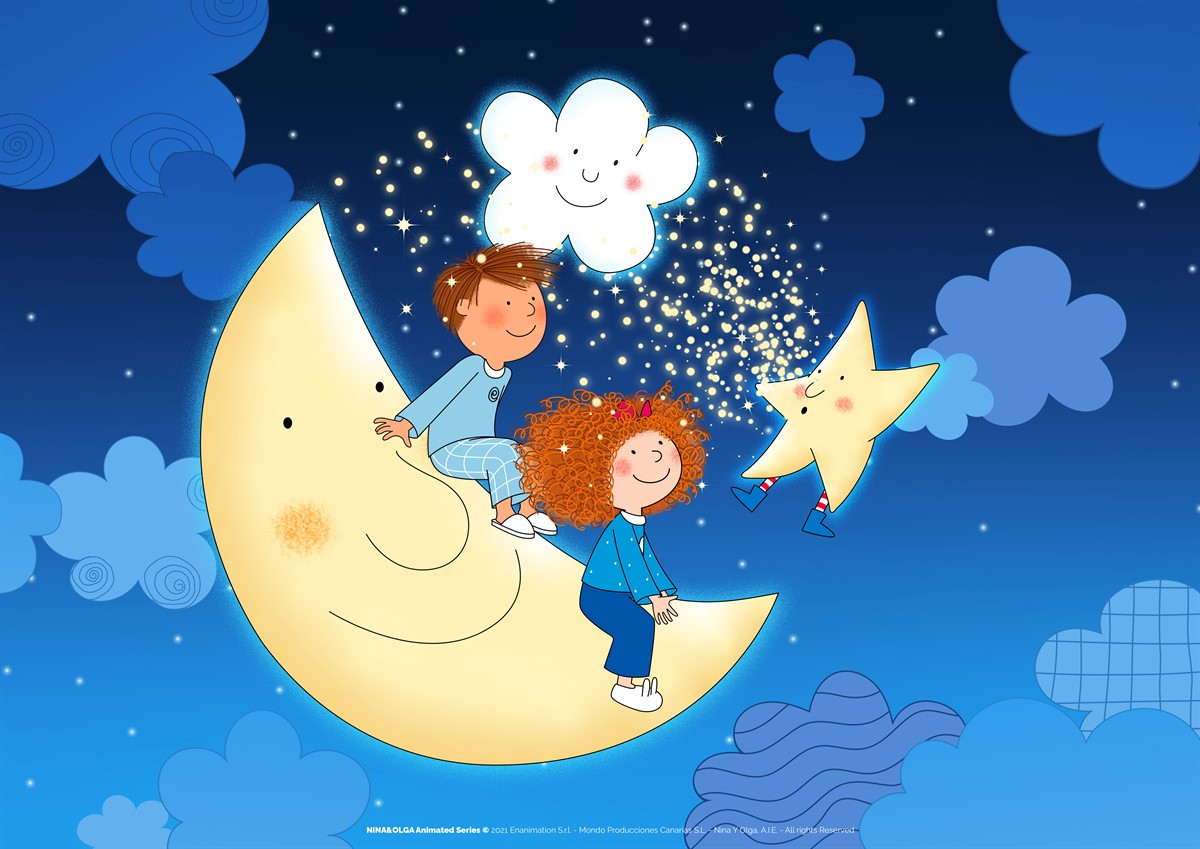 Rai Yoyo will launch a new series Nina & Olga based on Nicoletta Costa, famous author and illustrator for children with over 500 illustrated books published in Italy and around the world and by the producers of "Francesco", the most viewed Italian animated work in 2020 on Rai networks. Nina & Olga is co-produced by Enanimation and Mondo TV Producciones Canarias SL - Nina Y Olga A.I.E. in collaboration with Rai Ragazzi.

One of the most loved characters by Nicoletta Costa's young readers, thanks to the historic titles of EMME edizioni, a worldwide publishing success for over 30 years, Nuvola Olga now comes to life in a unique animated series, consisting of 52 episodes of 7 minutes each, with the artistic direction of the creator herself.

For the TV series Nina & Olga, Enanimation, an award-winning film production and distribution company from Turin, has developed a new character, a very curious little girl with a head full of hedgehogs who lives in the World Below, who will be the best friend of the white girl. Cloud Olga.