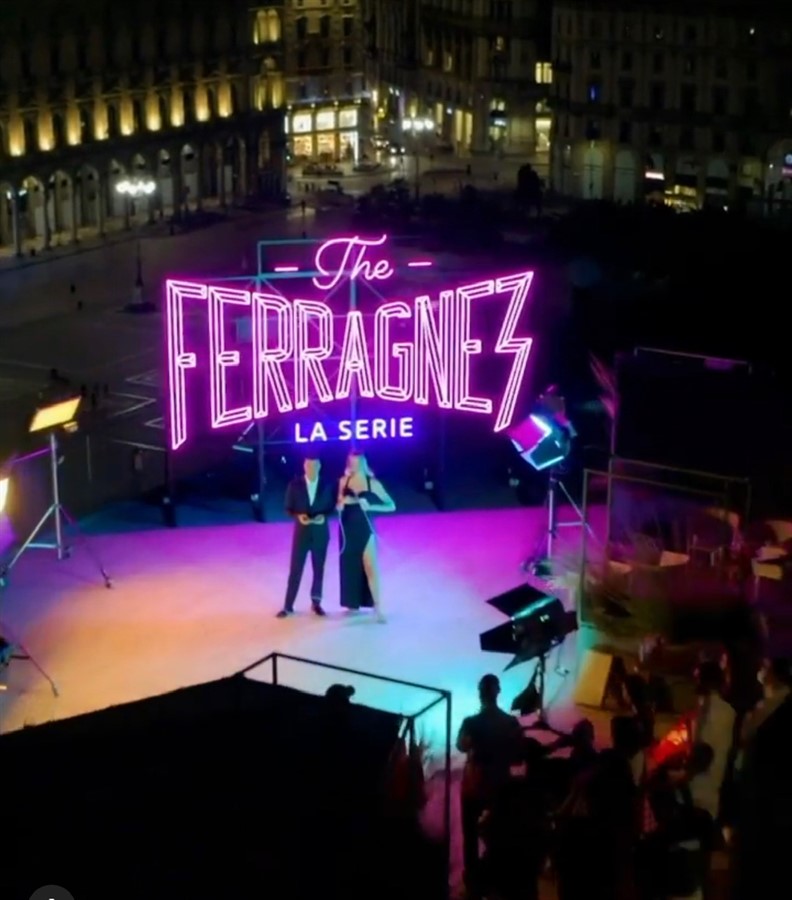 Amazon Prime Video today announced a new Italian Amazon Original unscripted series, The Ferragnez - The Series, starring the most famous young couple on the scene: Chiara Ferragni and Fedez. Chiara Ferragni is a digital entrepreneur and fashion icon with over 24 million followers on Instagram, and was crowned number one in the “Most Powerful Influencers in Fashion” list by Forbes. Fedez is a versatile artist with over 60 platinum records and 12 million Instagram followers. Fedez was a contestant on popular Amazon Original series Celebrity Hunted - Caccia all'Uomo Season 1, and the host of the hugely-successful LOL – Chi ride è fuori Season 1. The eight-part series, produced by Banijay Italia for Amazon Studios, will launch exclusively on Prime Video in 240 countries and territories worldwide in December 2021.

The couple, also known as the Ferragnez, have millions of followers on Instagram, with whom they share their important milestones. Now, thanks to the Amazon Original docu-reality series The Ferragnez - The Series, audiences and fans will have exclusive access behind the scenes of their everyday life.

Filmed throughout late 2020 and early 2021, a special and extraordinary time of their lives, the series will give fans insight into the family like never before; from Chiara’s second pregnancy to Fedez’s first participation in the world famous Sanremo Music Festival; to the birth of their second child, Vittoria; all balanced alongside hectic professional and social lives. This intimate look will sensitively and ironically show the passions, joys, tears, and ambitions of a young couple who are at once extraordinary and completely normal. As Chiara and Fedez open the doors of their home and courageously lay themselves and their relationship bare, audiences will see heartfelt, never-before-seen aspects of their personalities and their life together. The series will also feature their eldest son, little Leone, their parents, Chiara’s sisters Valentina and Francesca and their partners, Fedez’s grandmother Luciana, and many other people close to the couple, drawing a full family portrait.