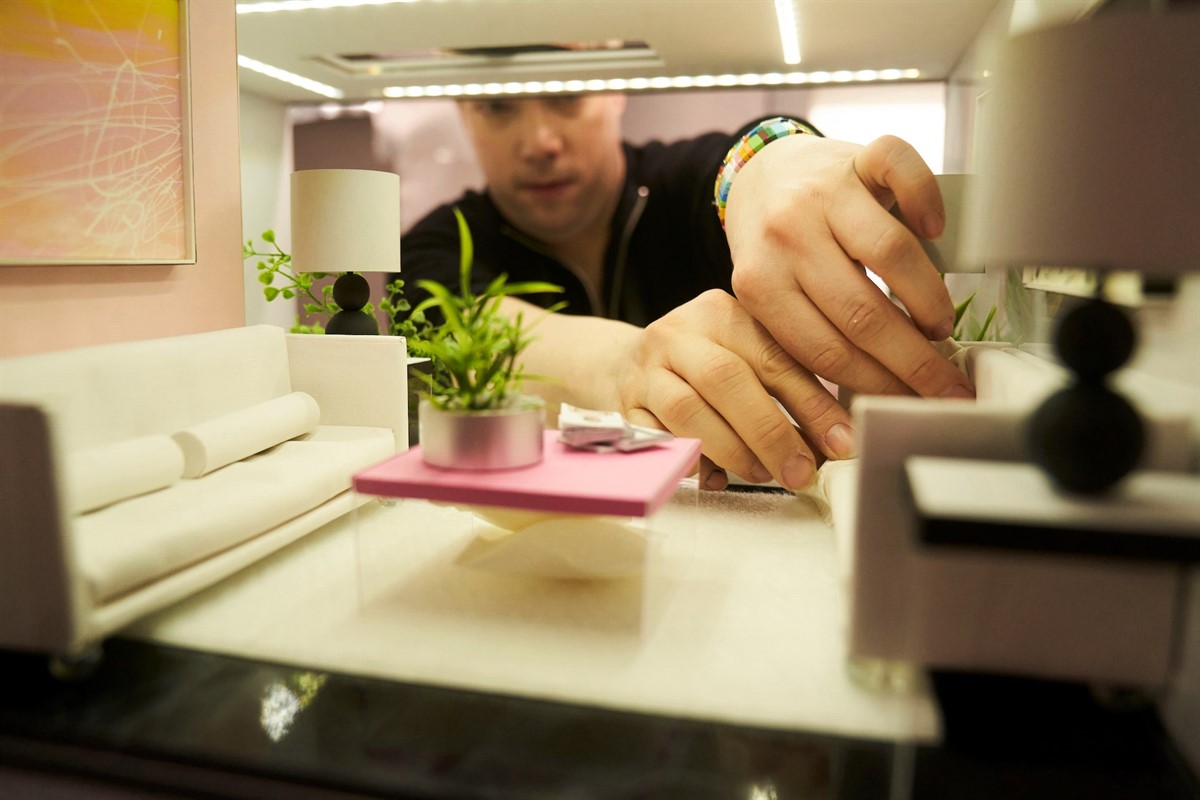 Distribution360 now unveils a major push into formats, with two competition titles, Race Against the Tide and Best in Miniature, leading its new programming slate this autumn.

Created and produced by marblemedia, Race Against the Tide is available both as a 10 x 30 series and as a format. World-class sand sculpting teams are put to the ultimate test as they compete against each other and against Mother Nature, battling the unstoppable ticking clock of the tide. They also need to nail the theme, impress the judges and avoid elimination. The skilled competitors dig, pound, and carve their way to extraordinary sculptures entirely made of sand, before the tide comes crashing in to take their creations back out to sea. Plus, when it comes to sand carving, gravity is also boss; the natural jeopardy created by science provides authentic high-stakes drama and gives the series truly unique format beats. The completed first series was filmed on the shores of the Bay of Fundy, New Brunswick, in Canada – home to the highest tide in the world!

Best in Miniature, 10 x 60 and format, also created by marblemedia, is another skills-based competition format. In the series, where the motto is ‘Go Little or Go Home!’, it’s intricate precision and design technique that will save contestants from elimination. Expert miniaturists are tasked with building their dream home in miniature form, creating it room by room in painstaking detail, all at 1:12 scale. For the first time in episodic television, the innovative new Probe lens is used for the room reveals. This gives the ‘walkthrough’ the same look and feel of a full-sized design show and allows viewers to feel so immersed they will forget they are inside a dollhouse!

Rounding out the new factual competition shows on the autumn slate is season two of Blown Away, 10 x 30. This is the utterly compelling glass blowing show where it really is make or ‘break’ as contestants look to create stunning works of art and beautiful objects out of glass in themed challenges. Also a marblemedia competition series, both seasons of Blown Away have proved a massive hit on Netflix, with this new season only now available for worldwide sales.

Distribution360 also adds new titles to its kids and family slate this autumn, with two formats for younger audiences leading the way.

Just Like in Space, 13 x 30 and format, is an entertaining and dynamic science series for children aged 8-12, where the young hosts explore what it’s like in space. Alex and Joaquin are two space-crazed vloggers who have discovered a secret space agency bunker. In their pursuit to understand the cosmos they collaborate with the agency's android, Mia, to explore a new space-related concept every episode. With help from real-life astronauts and scientists, and Mia’s AI capabilities, they conduct scientific experiments that replicate an experience of being in space. Each mission explores a new subject such as black holes, weightlessness and the movement of the planets. The series is an entertaining way for kids to explore and understand scientific concepts about the universe. Produced by Connections Productions.