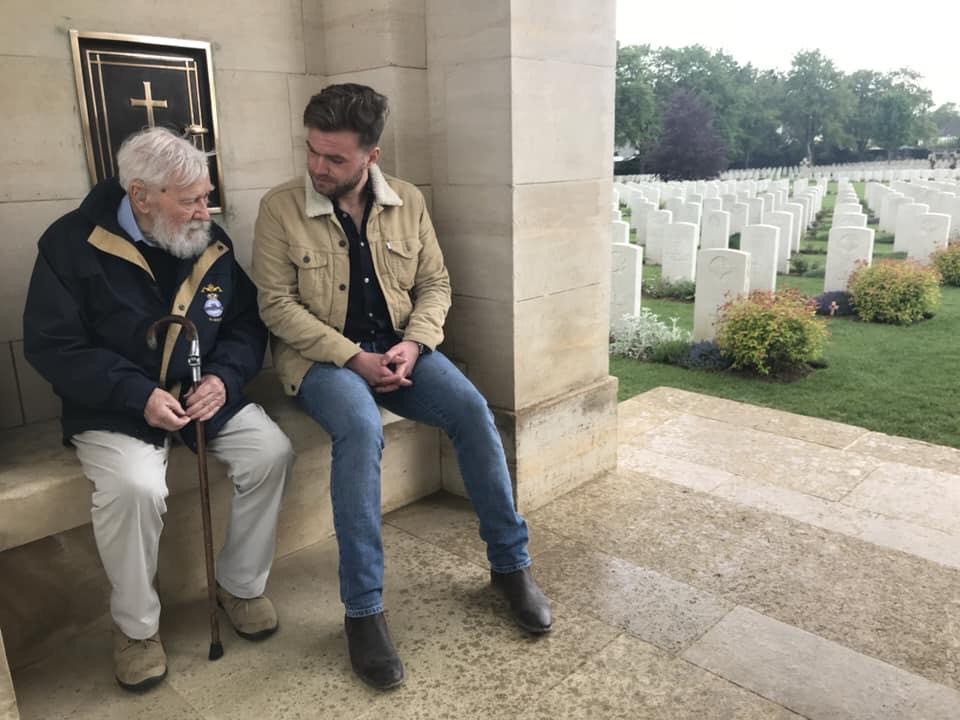 Go Button Media announced that Canadian broadcaster Hollywood Suite has acquired its multi-award-winning documentary, No Roses on a Sailor’s Grave. The broadcast, slated for November 11th 2021, at 9pm ET, will represent the worldwide TV premiere for the feature-length documentary.

It can also be confirmed that CBC & Radio-Canada Distribution has taken the worldwide rights for the documentary (excluding Canada) and will soon announce its launch into the global market.

No Roses on a Sailor’s Grave (1 x 80) tells the extraordinary and moving story of a lost World War II ship and how two strangers, a last remaining survivor of the wreck and a young archeologist, recovered the vessel from forgotten history more than 70 years after it disappeared.

Patrick Thomas, a veteran telegraphist in the British Royal Navy, took part in D-Day on June 6, 1944, and his vessel, LCH185, was part of the first wave on Sword Beach. For two weeks, the ship helped protect the landing beaches from German attack until, on June 25, it was struck by an acoustic mine. LCH185 was sunk, taking all but a few surviving crew members with it. For decades, Patrick has lived with the painful memory of that day, his grief perpetuated by the fact that the vessel’s position was never confirmed and there is no memorial to honour his fallen comrades. In his nineties, he finds himself one of the last remaining D-Day survivors and by chance meets 25-year-old British archaeologist, John Henry Phillips. Fuelled by their unexpected bond and the rapid passing of the Second World War generation, John makes a shocking promise to Patrick. He vows to find the ship and build a memorial to the missing crew in France – with Patrick by his side. No Roses on a Sailor’s Grave follows their unusual journey and unexpected friendship.


Daniel Oron of Go Button Media, the director and executive producer of the film, comments: “It has been a truly staggering, once in a lifetime experience to capture the story of Patrick and John’s search on film. With only a small number of World War II veterans still among us, it is critical we help tell and record these stories before they move on from living memory. We couldn’t be more thrilled that this story will soon be shared with Hollywood Suite’s viewers in Canada and that with CBC & Radio-Canada Distribution’s support, the film will now be available to audiences worldwide.”

Sharon Stevens, Vice President of Programming at Hollywood Suite says: “No Roses on a Sailor’s Grave mixes history, personal testimony and a most unlikely friendship to deliver a memorable and poignant film. This will be essential viewing, and not just for World War II history buffs. With time running out to hear these WWII stories firsthand, we are unlikely to see such a film again.”

Gwen Jones McCauley, Director, Global distribution at CBC & Radio-Canada Distribution, adds: “World War II stories continue to resonate with international audiences, and No Roses on a Sailor’s Grave offers a unique personal perspective, grounded by a heartwarming friendship that reminds us of our shared humanity. We are excited to include it in our catalogue of award-winning titles and look forward to sharing this incredible story with audiences around the world.”