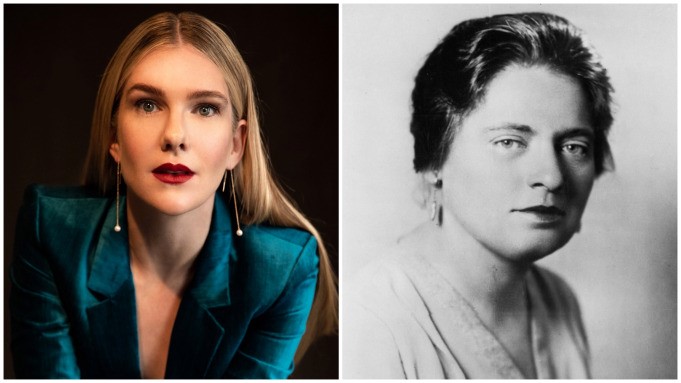 Lily Rabe has been cast as Lorena “Hick” Hickok in the Showtime anthology series “The First Lady.”

The series is described as a reframing of American leadership, told through the lens of the women at the heart of the White House. Gillian Anderson has been cast as Eleanor Roosevelt, with Viola Davis set to play Michelle Obama and Michelle Pfeiffer to play Betty Ford.

Hickok was a pioneering American journalist, who by 1932 became America’s best-known female reporter. She was a devoted friend and mentor to Eleanor Roosevelt. After 3,000 of their mutual letters were discovered, the nature of the relationship between Hick and Eleanor became the subject of much debate, with some scholars believing the two were lovers.

Rabe was nominated for a Tony Award for her role in “The Merchant of Venice” 2011. On the TV side, she has starred in shows like “American Horror Story,” “The Underground Railroad,” “Tell Me Your Secrets,” and “The Undoing.” On the film side, she recently wrapped on the feature “The Tender Bar,” with other film roles including “Miss Stevens,” “Vice,” “Fracture,” and “THe Wizard of Lies.”

She is repped by WME and Mosaic.