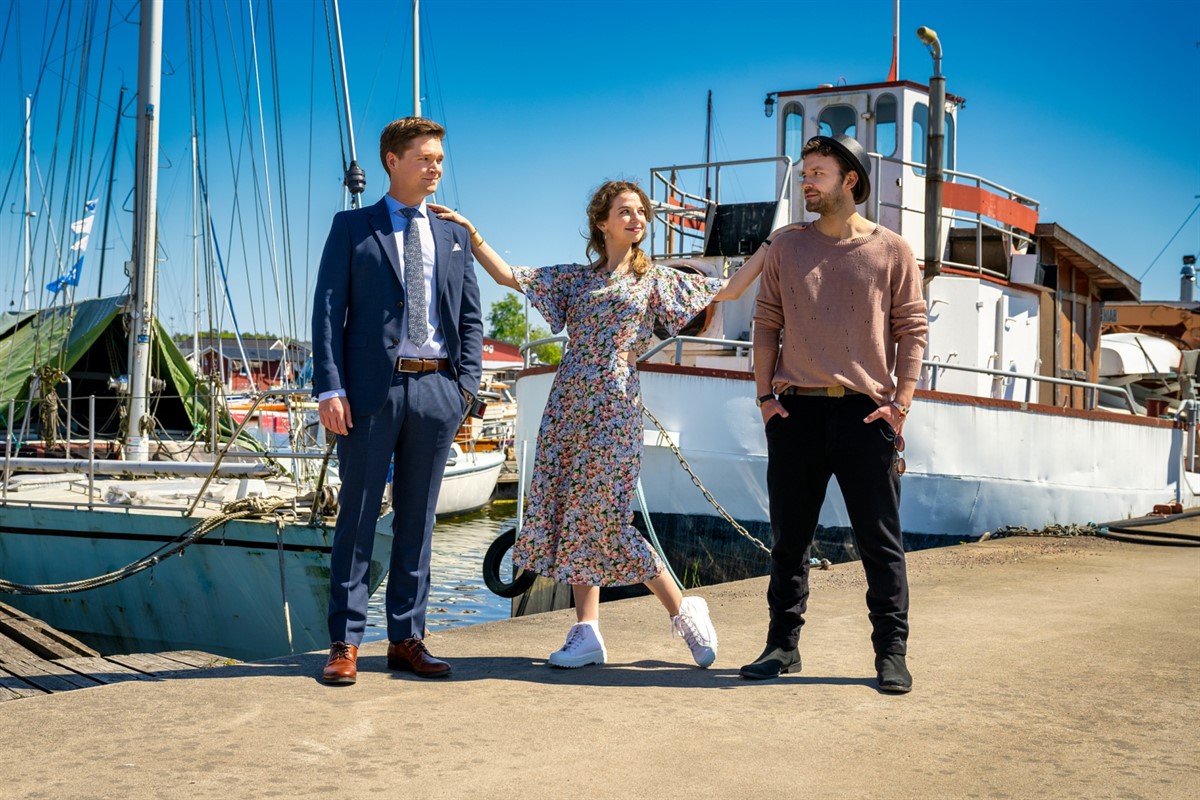 Chaotic emotions, great love stories and tragic fates – four new films are currently being made in the successful Inga Lindström series. Filming for the new episodes began in Sweden on Wednesday, 2 June 2021. ZDF Enterprises is responsible for the world distribution of the "Inga Lindström" collection, which will soon be appearing in the 92x90’ format.

In the first film, under the working title "Inga Lindström: The Most Beautiful Wedding in the World", the romantic Lena (Magdalena Hoefner) wants to save a run-down hotel. To do this, she unceremoniously models it into an event location for weddings. But one of the first customers is, of all people, Lena's ex-boyfriend Anton (Julian Bloedorn), who causes long-forgotten feelings to flare up again. Lena has to decide what she wants: her old love affair with Anton, her current relationship with Sören (Philipp Lind) or a flirtation with the charming but completely unromantic Charlie (Jonas Minthe)? The film is directed by Matthias Kiefersauer, who also wrote the screenplay.

The second film of the new season has the working title "Rose petals in the sand": When Catrine (Nadine Menz) and Pelle (Stefan Gorski) meet on the beach of Hillasund, they immediately fall in love. They have no idea that they are linked by a tragic fate that cost Pelle's mother her life many years ago. Their love threatens to fail due to reproaches, pain and feelings of guilt. Christiane Sadlo wrote the screenplay, Marco Serafini is the director.

In the third film with the working title "Butterflies in the Stomach", the relationship of the two sisters Liv (Sinja Dieks) and Smilla (Maxine Kazis) is turned completely upside down. Because Smilla falls for the cargo pilot Love (Max Woelky), biologist Liv agrees to take a closer look at his butterfly station. In the process, Liv realises that love can be something completely unscientific. The director will be Stefanie Sycholt, who also wrote the screenplay.

"On the Streets of Sörmland" is the working title of the fourth "Inga Lindström" film adaptation. In the melodrama, Elli takes a job undercover as a chauffeur for Lucas Hansen. For Hansen is the right-hand man of the entrepreneur Viggo Berg, who threatens the traditional inn of Ellis' family. But the deeper Elli delves into Lucas' world, the closer the two of them get – and a destructive family secret emerges. The film is directed by Oliver Dieckmann, who wrote the script together with Aline Ruiz.

The "Inga Lindström" series is produced on behalf of ZDF by Bavaria Fiction GmbH (producer: Stephan Bechtle), an affiliated company of ZDF Enterprises. Filming is expected to last until September 2021.