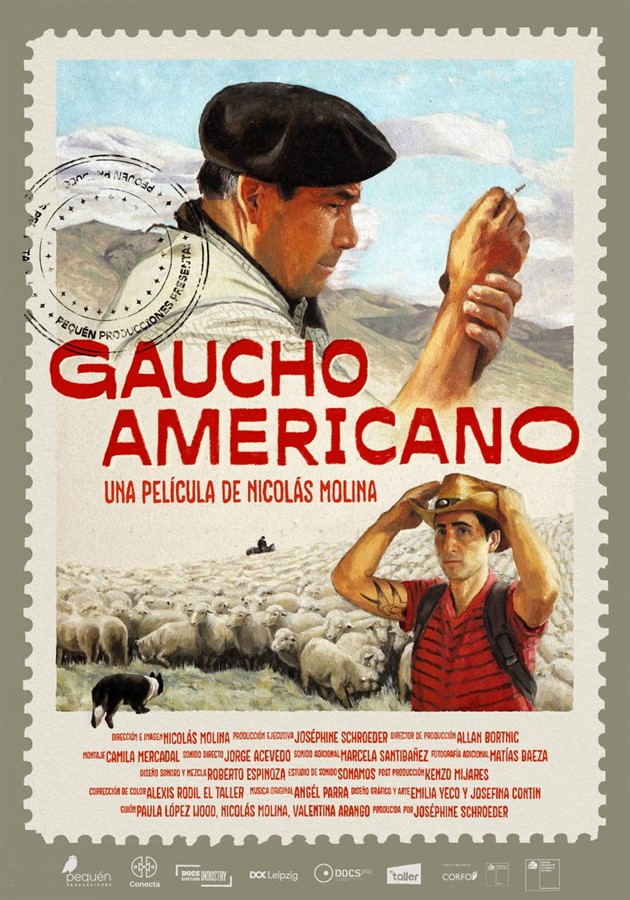 Chilean film Gaucho Americano to premiere at Hot Docs.
For Nicolás Molina, this is his third feature film in which he hopes to offer “a reflection on the labor conditions and the sacrifice that thousands of gauchos have made in leaving Chile’s Patagonia to work in the United States. Gaucho Americano is above all a human adventure, a documentary with cowboys, magnificent landscapes, sacrifices, and humor.”

The film was shot in the states of Utah, Idaho, and Wyoming (United States) and in Chile’s Patagonia, in the region of Aysén. The filming lasted 6 months, but including research trips would make it 2 years from 2017 to 2019.

In addition to taking on a very little-known story, the film counts among its crew two of the most outstanding producers from Chile today. Joséphine Shroeder, producer of the film (winner of the Bright Future Jury special mention at the Rotterdam Film Festival for her latest premiere: Story of My Name) highlights that Gaucho Americano “comes to expose the challenge represented by adapting to a different culture,” and for Marcela Santibañez, executive producer of the feature (while at the same time the first female producer from Chile to be nominated for an Oscar, for The Mole Agent), “From our corner we’re telling unique but universal stories.”

Another noteworthy element is the original score of the film by Ángel Parra, grandson of the great Chilean singer-songwriter Violeta Parra, composer and original performer of the famous song Gracias a la vida.

HOT DOCS will take place this year from April 29 to May 9. This festival is highly relevant for Chilean cinema, previously having selected films like Cielo (2017) by Alison McPhee and the short film Sigo Acá (2017) by Tana Gilbert. Gaucho Americano is the first Chilean film in 8 years to be selected in the international competition of the event.