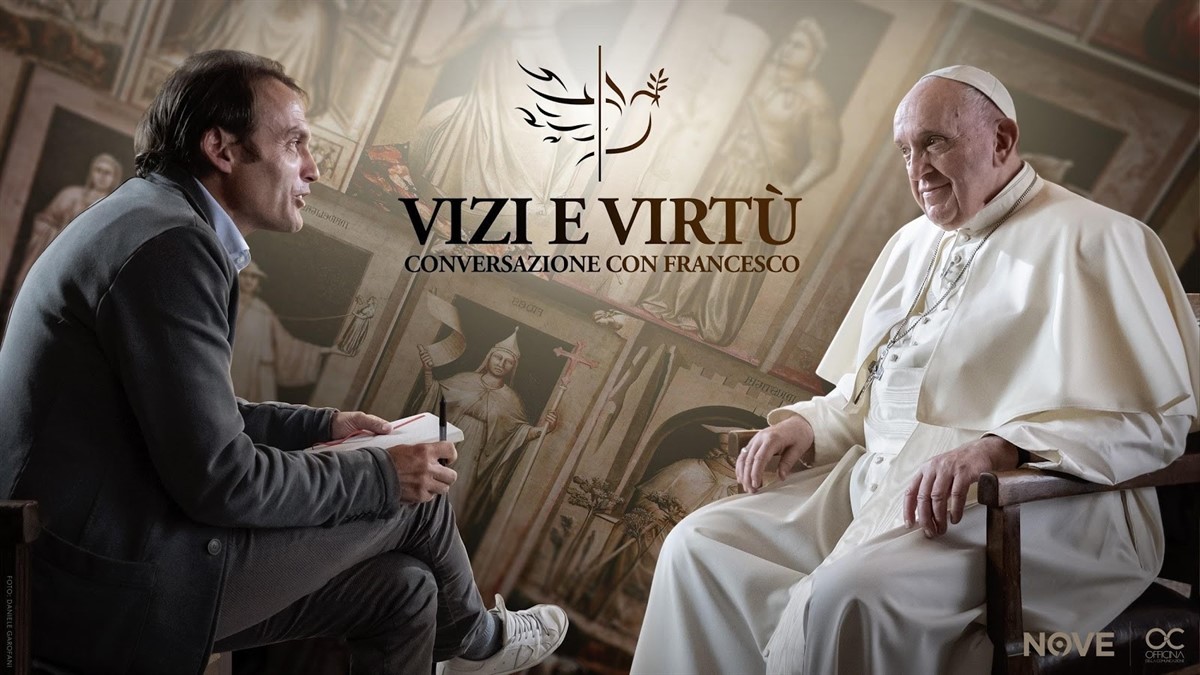 The event series, broadcast in three different evenings - March 20 and 27 and Easter Sunday, April 4 - is made up of 7 episodes dedicated to the comparison between vices and virtues, as the creative genius of Giotto in the Scrovegni Chapel in Padua. It is precisely the delicate relationship that exists between the 7 vices (Wrath, Despair, Inconstancy, Jealousy, Infidelity, Injustice, Foolishness) and the 7 virtues (Prudence, Justice, Strength, Temperance, Faith, Hope and Charity) the leitmotif of the intimate dialogue between Pope Bergoglio and Don Pozza.

Vizi & Virtù will also become a special for the discovery + platform also intended for the international market.