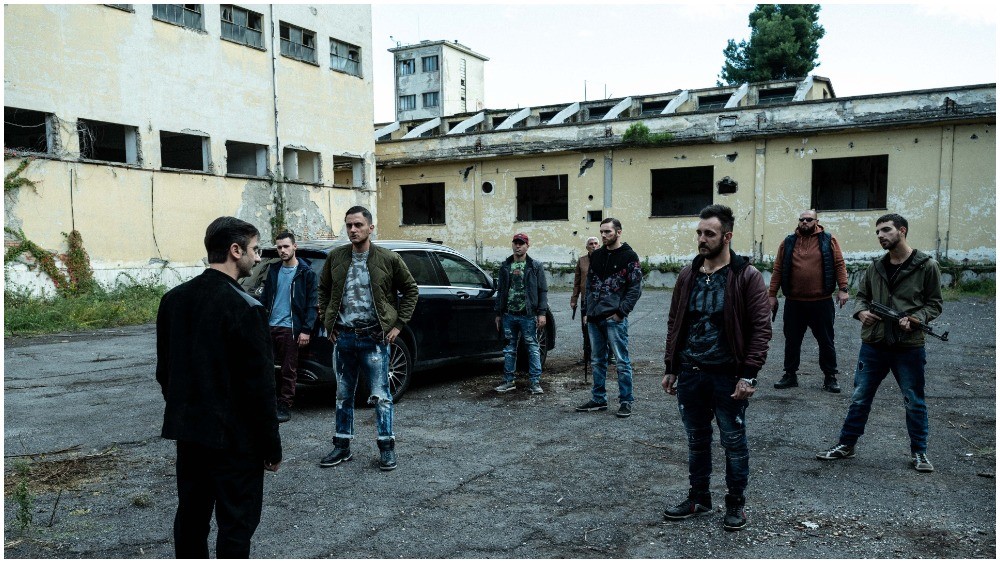 Sky is revealing first-look images and footage of the fifth and final season of Gomorra, the groundbreaking Sky Original series produced by ITV-owned Cattleya in collaboration with Germany's Beta Film, based on an idea by Italian writer Roberto Saviano.

The series, which is Italy's biggest TV export, is currently playing on HBO Max in the U.S. Gomorra to date has played in 190 territories since its 2014 launch.

After kicking off in Riga, the capital of Latvia, filming of Gomorra season five is now underway in Naples with plans to wrap principal photography in May. The premiere playdate of the show's final season, which will launch on Comcast-owned paybox Sky and its Now TV streaming service, has not yet been set.

Marco D'Amore and director Claudio Cupellini, who has been at the Gomorra helm since season one, are each directing five episodes and also serving as the series' artistic supervisors. D'Amore previously directed two episodes of Gomorra 4 and Italian theatrical box office hit The Immortal, produced by Cattleya and Vision Distribution, which served as a narrative bridge between seasons four and five.

"The clash between the Levantes and Patrizia left Naples in a pile of bricks forcing Genny to give up his dream of normality and to return to action," reads the Sky synopsis.

"But with the police hot on Genny's heels, he was forced into a bunker, alone without Azzurra and Little Pietro. Now his only ally is 'O Maestrale, the mysterious crime boss of Ponticelli, an eastern district of Naples. War is imminent, and his enemies are fierce. But Genny is about to make a sensational discovery: Ciro Di Marzio is alive, in Latvia. And for Genny nothing will ever be the same again."

The ten new episodes of Gomorra – which The New York Times recently rated number five among its top 30 international shows of the past decade – are written by head writers Leonardo Fasoli and Maddalena Ravagli, who also wrote the series bible with Saviano. Gianluca Leoncini and Valerio Cilio rounded out the team of writers. Cattleya partner Gina Gardini served as executive producer throughout all five seasons.

Beta Film has sold Gomorra practically everywhere but is doing deals on second and third windows.