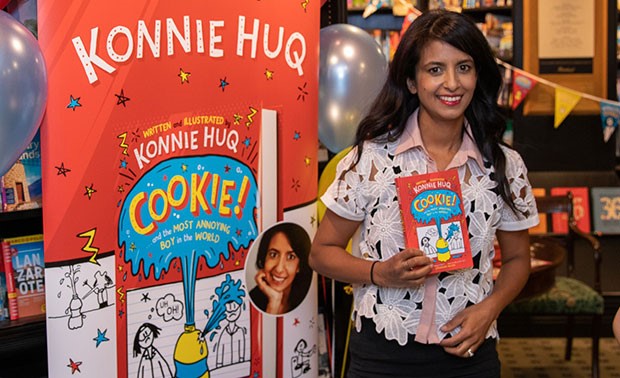 Zodiak Kids Studios, part of Banijay, today announces it has secured a development deal to produce a live action TV series for 7 to 12-year olds, based on the Cookie books written and illustrated by Konnie Huq.

TV presenter and writer Konnie is a popular favourite in the children’s book world and is described by fans as ‘a brilliant, engaging writer who understands what children enjoy’.

The working title for the TV series is Cookie!, named after the titular character in the books. The show will follow the hilarious adventures of British-Bangladeshi Cookie whose big mouth and overactive imagination often land her in hot water.

The Executive Producers for the series will be Steven Andrew – Creative Director, Zodiak Kids, James Farrell for Terrible Productions (This Is Going To Hurt) and Konnie Huq.

Zodiak Kids own international distribution rights to the series.