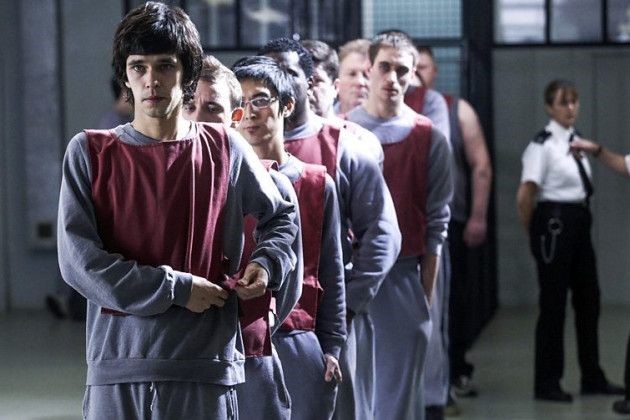 BBC Studios has announced that BAFTA award-winning drama series Criminal Justice will be produced for the South Korean market by Studio M. The Korean version will be directed by Myoung Woo Lee (Backstreet Rookie) and written by Soon Kyu Kwon (Warrior Baek Dong Soo). Top Korean actors Soo Hyun Kim (It’s Okay To Not Be Okay) and Seoung Won Cha (A Korean Odyssey) will star in the drama series.
The original Criminal Justice series, created by Peter Moffat, centres around a young man’s ordeal against the justice system after he is accused of a murder he cannot remember committing. This British drama series has become one of the BBC’s most enduring and acclaimed scripted properties, picking up two BAFTA Television Awards in 2008 for Best Drama Serial and Best Writer, as well as an International Emmy for Best Performance by an Actor (Ben Whishaw) in 2009.
Internationally, Criminal Justice was produced for the U.S. market in 2016 as the HBO miniseries The Night Of, starring John Turturro and Riz Ahmed. Recently, it has had huge success in India, with a local version, starring an ensemble of stars headed by the versatile Pankaj Tripathi, becoming the breakout drama series for 2020 after the massive success the format had for season 1 in 2019. Criminal Justice: Behind Closed Doors is now in the Top 5 dramas of the year across all platforms in India in 2020 and premiered on Disney+ Hotstar on 24th December. A French adaptation is currently in production for TF1.
Andre Renaud, Senior Vice President, Global Format Sales, BBC Studios, remarked: “The dual stories of crime and punishment that are explored in Criminal Justice remain universal and, at its heart, bring to life the test of one person’s humanity inside a system they can’t fully understand. I’m delighted that this is the next project to be adapted for Korean viewers and am excited to see these stories told by Studio M come to life through the performances of Soo Hyun Kim and Seoung Won Cha. We are committed to distributing and presenting this drama to as broad an audience as possible for fans in Korea and around the world.”
Jino Yoo , President of Studio M, said: “BBC Studios formats have proven that they can be successfully adapted for the South Korean market and we believe that Criminal Justice is the next big hit. It’s a gripping drama, with twists and turns that will keep audiences on the edge of their seats, and we can’t wait to bring the creative skills of Myoung Woo Lee and Soon Kyu Kwon to this local adaptation.”
The adaptation of Criminal Justice will be co-produced by Studio M, Chorokbaem media and Gold Medalist.