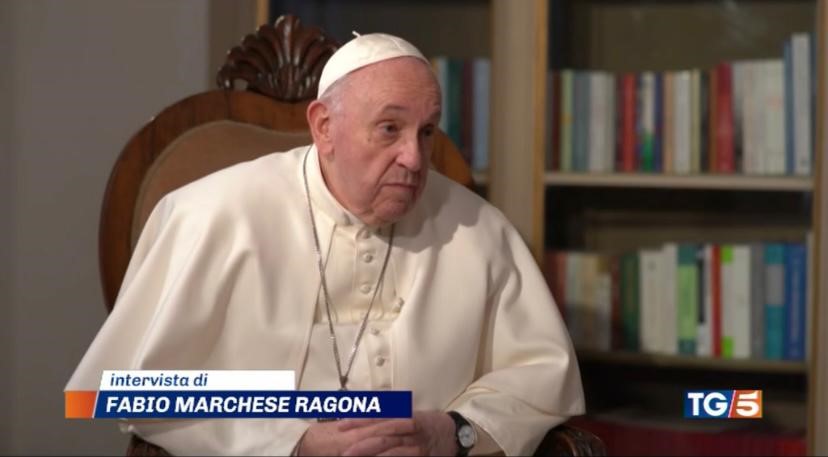 Canale 5 exclusive interview to Pope Francis - broadcast last night on Canale 5 (Sunday, January 10, 2021) in prime time, reached a great interest in Italy.
It was watched by 5.4 million viewers with an audience share of 19.05%, reaching peaks of 5.8mln and registered 9.7 contacts.

The interview organized by journalist Fabio Marchese Ragona (TG5), which took place in the Santa Marta residence in the Vatican, was focused on various issues, including: the pandemic, the vaccine, the United States, abortion, politics and how it has changed his life because of the virus.

Some arguments like the White House's assault and the importance of the vaccine reached a great echo by the International Press like New York Times, Washington Post, CNN, NBC, ABC reported about the tv event.

The event was followed by the rerun of TV movie Call Me Francis - The Pope of the People, that achieved 2.6 mln viewers.