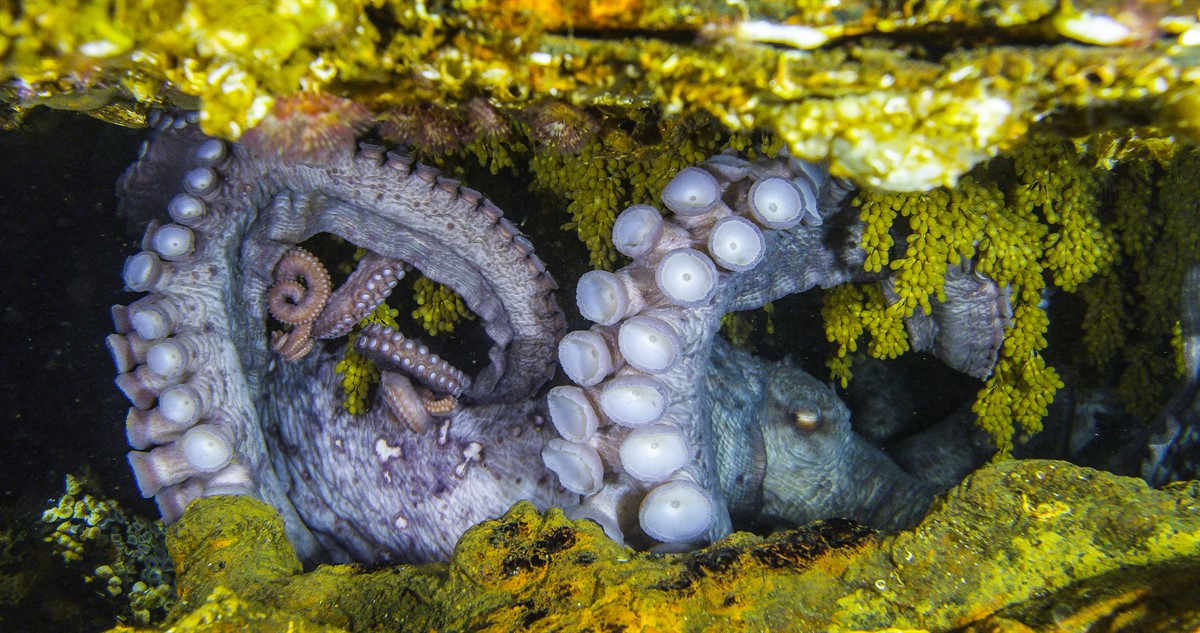 ZDF Enterprises has secured the global rights to distribute In Touch with a Giant Pacific Octopus (1 x 50’), a documentary by esteemed wildlife filmmaker and marine biologist, Florian Graner.
A NDR Naturfilm and Doclights production in association with ARTE, ORF, the programme gives a fascinating insight into the biggest octopus species in the world.
Ralf Rueckauer, Vice-President ZDFE.unscripted at ZDF Enterprises, said: “As a top underwater cameraman, Florian Graner’s career has taken him all over the world working on series such as Blue Planet and Oceans for the BBC and Animal Planet’s River Monsters amongst many others. His vast experience is evident having beautifully captured the private life of one of nature’s most elusive sea animals.”
With eight arms, nine brains, arms that can stretch to ten meters, Giant Pacific Octopuses are strange creatures. A relative of snails and mussels, they can reach an incredible 100 pounds in weight. The documentary records impressive scenes of a Giant Octopus rendezvous and the unselfish care of a female who, as a mother-to-be, protects and fans her clutch for months before she dies totally exhausted.
In Touch with a Giant Pacific Octopus also highlights the extraordinary intelligence of these creatures by following the developments of a young female giant octopus at a Marine Science Centre. Inquisitive and attentive, she solves increasingly complex problems that are set for her as well as enjoying regular cuddle sessions.
ZDF Enterprises are launching In Touch with a Giant Pacific Octopus to the global market this month.