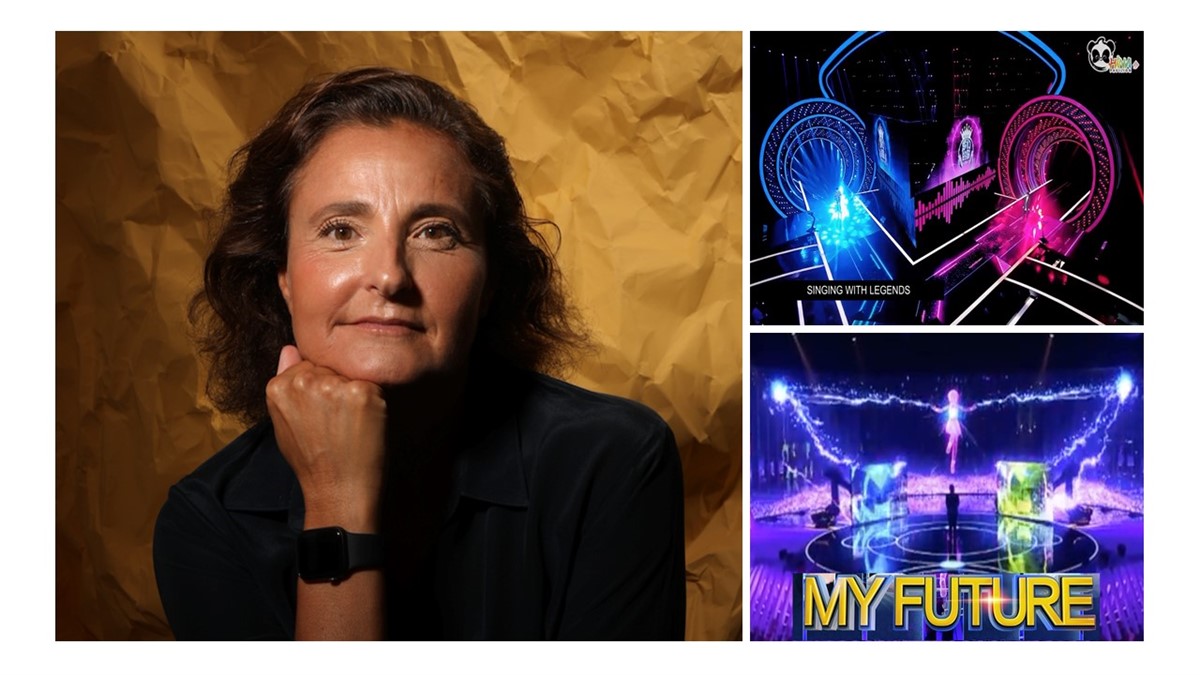 
How does it come? Is a recent phenomena?
Some of you may think that the coronavirus has slowed down the creation of content and television in Asia. Let me tell you that it hasn't.
Quite the opposite.
Don't forget that in Asia you will find the best artificial intelligence applications as well as the most innovative immersive technologies such as Virtual Reality, 3D, or augmented reality. Technologies can afford many solutions in a pandemic period. And with the lockdown such as everywhere in the world the ratings of TV as well as the platforms and OTT rise a lot. All the media need more and more content and new shows. Due to the pandemic situation,
singers and idols cannot perform physically on stage with 100% security.
Guess what?
China has found a solution. The famous singers will have their Avatar.
Virtual Talent show mixing virtual and real into a single show; This the show that really look to forward; The title is “Dimension Nova” and it will be aired on IQihy the famous platform in November.

What are the trends?

In China they still love entertainment studio show and specially the talent contest genre, singing contest and scientist contests with new technologies. This genre is the most popular because the target is the all family in a country of 1billion 400 of viewers. Entertainment also can be profitable for the advertisers and their brands; they can touch a massive market. But there is a condition the talent show need to seduce the audience. It must be amazing and surprising with distinctive and astonished elements inside. Talent contest need innovations to seduce a massive audience. There is an escalation of hyper spectacular special effects with giant stages and high-quality spectacle.

What are the titles you consider the best of a genre?
At the moment, there are 2 titles that are very interesting and successful.
The first one is a Scientist Talent contest named My Future  aired on Hunan TV. It is the first emotional competition that listens to the heart of the audience and the first talent contest of professional scientists.
During 3 different rounds, 2 inventors, one by one, introduce to the public their inventions in an extraordinary and spectacular way with 3D effects and immersive technologies.
In the studio, 500 people wear an electronic bracelet that retrieves the heartbeat of each member of the public during the spectacular and magical presentation. The average of a human heartbeat is 110 beats per minute. Any heartbeat that exceeds 110 beats per minute will be counted as 1 point. (an invention can therefore achieve a maximum score of 500).
A.I "Shaopin", the Artificial Intelligence of the show, harvests the emotional data (the heartbeat) of the public. “Shaopin” will be design as a hologram in the image of a girl from the future.
The second one is an intergenerational singing talent contest, very popular called Singing with legends created and broadcasted by Dragon TV the master network of Shanghai Media Group. In this show top new generation of singers and legendary singers work together to adapt top-hit songs and compete without seeing each other. It is a blinding competition show with an incredible giant screen that separates the stage into two parts.