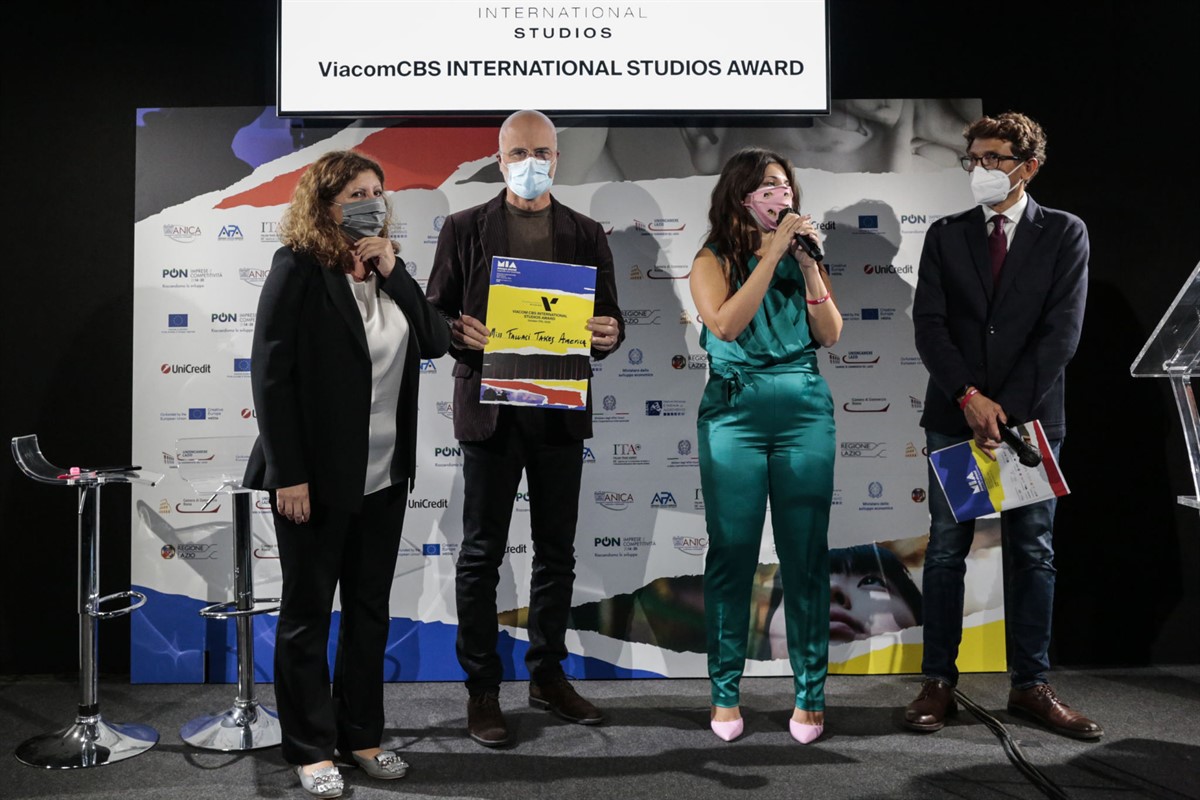 Miss Fallaci Takes America won the the prestigious ViacomCBS International Studios AWARD at the MIA DRAMA PITCHING FORUM 2020. A series by Alessandra Gonnella with Miriam Leone, produced by RedString e Minerva Pictures.
Selected at the official competition of the MIA Drama Pitching Forum, among hundreds of projects pouring in from around the world, the TV series project Miss Fallaci Takes America, created by Alessandra Gonnella and produced by RedString and Minerva Pictures  won the prestigious Viacom CBS International Studios AWARD in the course of the award ceremony that took place yesterday evening at the MIA Market's event held at the magnificent Palazzo Barberini.
At the end of the '50's, working on a surprise assignment, a young Italian journalist makes her way to Hollywood to interview the movie stars. Her name is Oriana Fallaci. With her street-savvy gaze, Oriana observes the society and customs of the America of that period and is startled by its many contradictions: from the dazzling lights of Hollywood to the decadent allure of the ghost towns; from the energy of the pop culture, to the ferment of the human rights battles that would forever change the world.
A completely new and unknown Fallaci - ever ironic and irreverent - will accompany us through the American dream while on a quest to fulfill her own personal dream: using her razor sharp wit to recount the real stories behind the world's leading personalities as well as the major political events of her day.

The series will be based on true events, as recounted by the selfsame Oriana Fallaci in her first books “The Seven Sins of Hollywood”, “Voyage to America,” “Penelope at War” and “The Useless Sex,” published by Mondadori Libri S.p.A. for the Rizzoli Group.

The project will avail itself of the participation of Edoardo Perazzi, Oriana Fallaci's nephew and sole heir.
The series rises on the heels of the solid success achieved by the short film “A cup of coffee with Marilyn”, starring Miriam Leone - directed again by Gonnella and produced by RedString - winner of the Nastro d’Argento 2020 for best short film.
Miriam Leone has confirmed her interest to play the leading role of Oriana Fallaci also in the series.
The creative producers of the series will be Diego Loreggian and Angela Salmaso for Redstring and Gianluca Curti and Cosetta Lagani for Minerva Pictures.
This is the motivation of the jury of the ViacomCBS International Studios Award: “The project celebrates female empowerment through the eyes and story of a strong and fascinating woman, played by the amazing Miriam Leone, who gives the character a phenomenal strength. The project stood out for its in-depth analysis of the different nuances of an Italian character with an international profile, in a historical moment of her life full of lights and shadows. Finally, for the excellent definition of the plot, which opens up elements for future developments, involving various production sites around the world.”

For Minerva Pictures, Miss Fallaci Takes America will be the first TV series project for their newly created department of Scripted and Documentary Productions, dedicated to the realization of TV series, films and documentary projects whose primary destinations are the broadcasters and the OTT platforms.