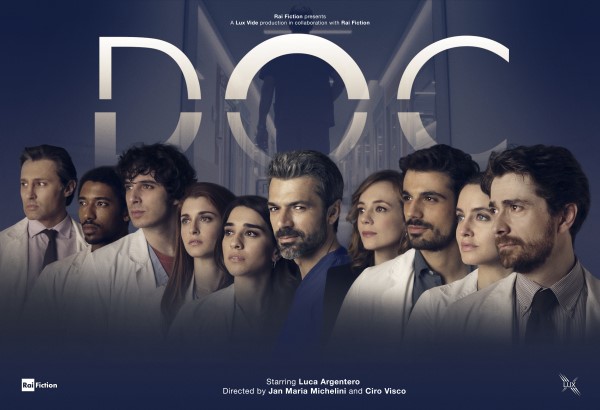 The deal is the second major scripted format collaboration between Lux Vide and SPT, who recently wrapped production of the eight-part series Leonardo.

Praised by Italian media as a mix of “House” and “The Good Doctor,” albeit with a distinctive flair, Lux Vide’s Doc sees Luca Argentero (Mangia prega ama, Fratelli Unici) in the role of Dr Andrea Fanti, who after an accident loses the memory of the last 12 years of his life but will find a new way to still practice his profession.

Premiered last March 26 on Rai 1, during the lockdown, the series was a huge success with almost 8 million viewers in prime time slot and drew a record-breaking 30% average audience share.

Sony Pictures Television Studios will develop an adaptation for the US market while the international division will distribute the original Italian version internationally, outside of Italy, alongside potential local-language remakes.

Luca Bernabei, CEO of Lux Vide, said: "We are incredibly proud of this series, it is a shining example of the profitable collaboration between Lux Vide and SPT, and how continuing to expand our creative vision into the major markets around the world. We feared that, during the pandemic, a medical drama might be rejected by some people, but it was the opposite, because this is an extraordinary story of a doctor who turns his illness into a second chance. They are the "everyday heroes" stories that in such a dramatic moment help us even more to restore hope.”

Mike Wald, EVP, Distribution & Networks, Sony Pictures Television, said: "At SPT our passion is the great stories that really connect with the audience. After all, Doc is a human story with a universal appeal and the success it has received in Italy, unprecedented in recent years, testimonies its uniqueness and quality. We look forward to bringing this original Italian series to the global market and working with partners around the world, also here in the United States, to develop local adaptations. Since we saw it, we immediately loved this series and we are pleased to continue our collaboration with Luca and the whole Lux team ".