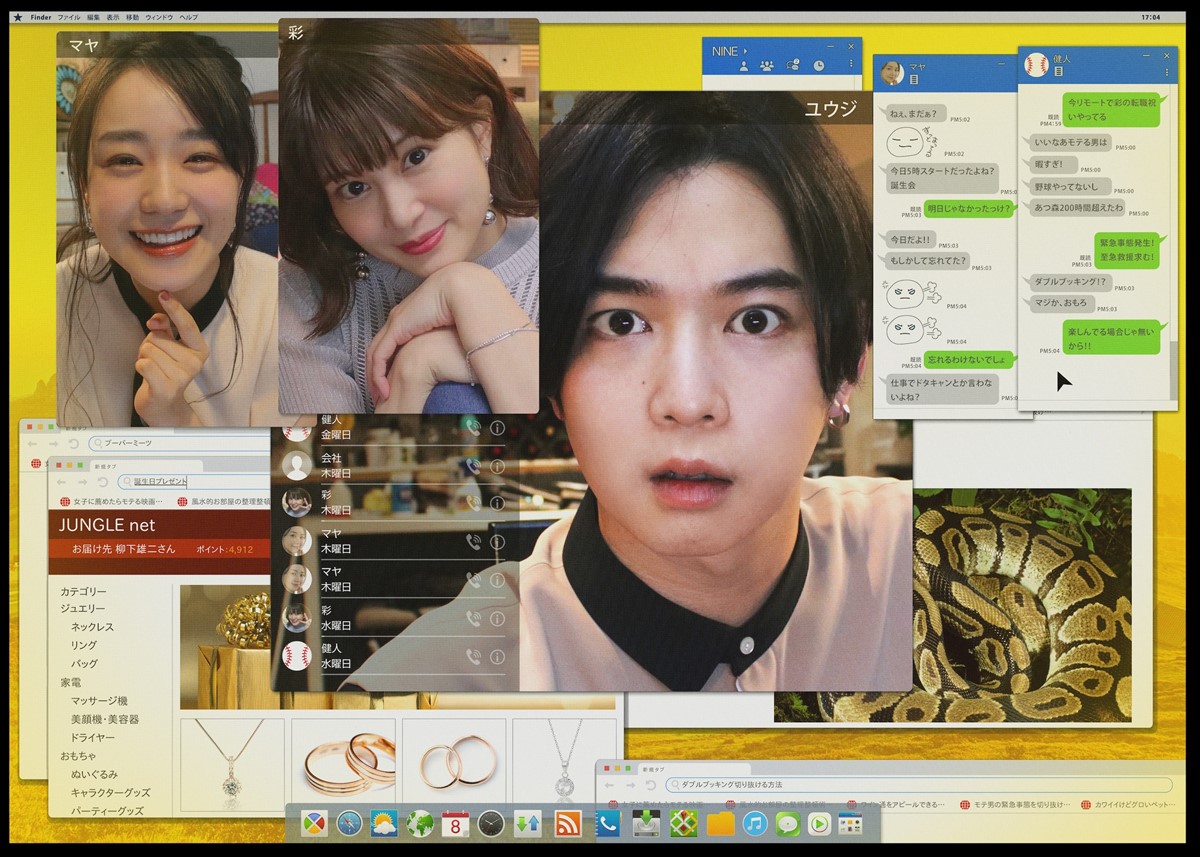 “Double Booking was produced and aired/streamed amidst the pandemic this summer when production was very restricted and limited. Almost all the scenes were shot entirely in the remote with all the actors in different studios, taking the utmost precautions. Challenging ourselves to take it a notch higher, this show is unique as everything happens on a computer screen. An online date becomes a highly engaging drama. It is perfect for today’s new style of drama production and sure to catch viewers’ eyes who would have had similar experiences this year”, added Mr. Sogo.

In Double Booking, everything takes place entirely on a computer screen, providing a look and feel never seen before. The worst possible scenario for a date begins to unfold in ways one would never imagine: the story of fooling and being fooled among one man who made a mistake of double booking a date with two different women while on his computer screen. And just when you think this is a frantic love comedy, an unexpected twist in the final three minutes sets the stage for some unexpected suspense.