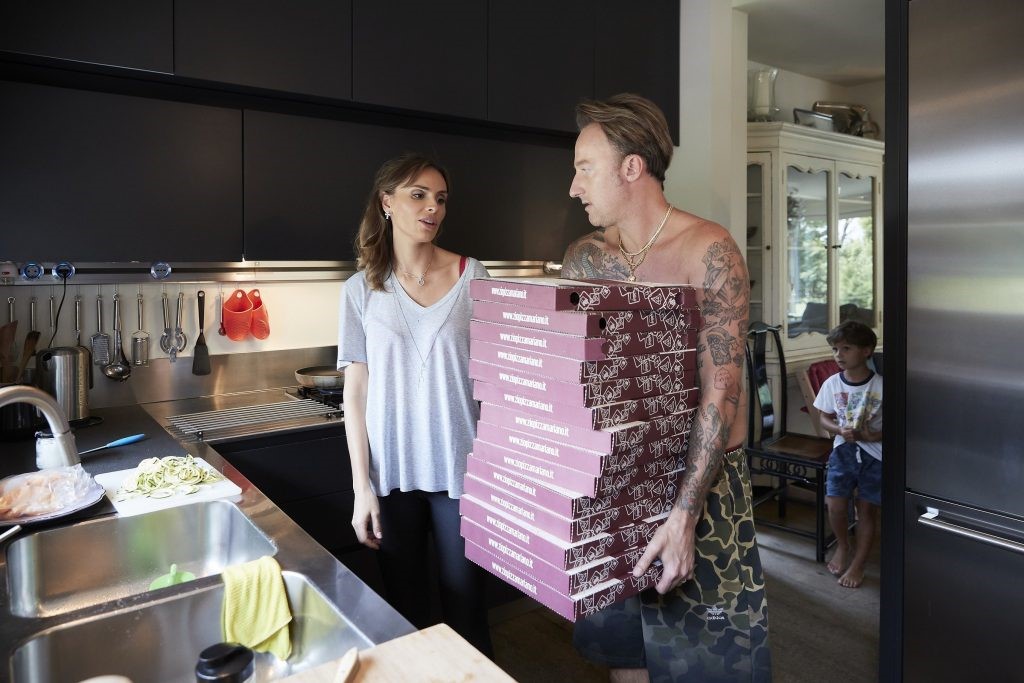 The Facchinettis is the title of a new original docu-reality produced by Discovery streaming platform Dplay Plus and online on April 12, the first episode will be broadcast on April 19 in prime time slot on Real Time.
The docu-reality is focused on Francesco Facchinetti (also known under the name of Dj Francesco) and his big family. Facchinetti is not only a DJ, producer, singer, musician and TV presenter, but also father of 3 kids from different women.

The docu-reality tells about the relationship between Francesco and Wilma. They are one of the most loved families on social networks: Francesco Facchinetti has about 1k followers on Instagram and Wilma Helena Faissol, a Brazilian model who married him in 2014, has 450 thousand followers and her nickname is Lady Facchinetti.

Francesco, the restless soul of the two, recently devoted to veganism, is often locked up in his colorful study full of strange objects and, as an eternal teenager, wears an ordinary suit and is perpetually on the phone. Wilma is the boss of the home in Mariano Comense (city of the Facchinetti family): thanks to her energy and the Brazilian verve, she transforms their residence into a typical villa of Beversly Hills. She is divided between the care of children, recipes in the kitchen that she shares with followers but which are not always appreciated by the family, and do pilates.

They open the doors to tell us about their daily lives, with an extended family, where eccentricities coexist with couple crises and the management of their children (Leone and Liv, to which Charlotte, Wilma's eldest daughter, is added, born from a previous relationship). There is no lack of bulky grandparents, nanny, personal assistants and other decidedly out of the ordinary characters. Another characters is grandfather Roby Facchinetti (ex member of the Pooh) who, far from the stage and the music, will play the role of his grandfather with his grandchildren, in a babysitter version never seen before, he will do an unmissable lessons of pilates.