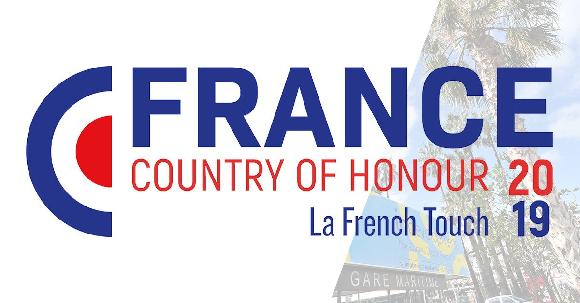 MIPTV, the international market for entertainment content development and distribution, takes place in Cannes, France from 8-11 April 2019. The MIPTV Country of Honour programme will include a series of conferences and promotional events dedicated to France’s TV industry, with further details due to be unveiled in the coming weeks.

In September, France’s export promotional association TV France International reported impressive figures for French TV programming in foreign markets for 2017, with total revenue of 325 million euros – the second-best performance in the past 20 years. French exports go well beyond Europe with a notable increase in the United States and Canada, up 16% last year.

While overall international sales have doubled over the past eight years, French animation confirmed its leading position, thanks to the globally acknowledged expertise of Gallic producers. Animation accounted for 37% of total export revenue. Meanwhile, the documentary genre recorded its second-best performance in 10 years, while foreign sales of drama series has known a record year with a 28% increase over 2016. More and more French-made series of all kinds are traveling the world, reaching international audiences. Series like “Le Bureau des Légendes” (The Bureau) or “Midnight sun” (TV France Export Prize 2018) are paving the way to other consistent successes of drama series like long running “Candice Renoir”, Sci-fi “Missions” or political fare “Baron Noir”.

<em>“It could not be better timing to celebrate France’s creativity and savoir-faire on the international content scene. Over the years, French production has taken a growing share of the international market in every genre, from animation to documentary, formats and, of course, drama series. French creators and producers are developing more and more programmes with international appeal without sacrificing that undefinable French touch,”</em> said Laurine Garaude, Director of Television Division at Reed MIDEM, which organises MIPTV. <em>“We are proud that MIPTV can play its part in supporting the French television industry and promoting French programming on the international market via the 2019 Country of Honour project.”</em>

<em>“Today, French producers and distributors are thriving in the full spectrum of programme sectors and are achieving strong ratings wherever their shows are broadcast,”</em> said Hervé Michel, President, TV France International. <em>“TV France International is proud to support France, MIPTV Country of Honour, we welcome initiatives that raise the profile of France’s television industry and support sales of French programmes throughout the world. And so do distributors’ syndicate SEDPA, producers’ syndicate USPA, SPFA, SPECT and SATEV."</em>

Marco Bassetti, CEO, Banijay Group: <em>“France is our home. Ten years ago, our story started here and we have since gone on to build a business which houses iconic national talent including Nagui and Cyril Hanouna. Now standing as the leading production entity in the French market, we are thrilled to see the country recognised at this year’s MIPTV and look forward to celebrating the nation’s achievements at the market.”</em>

Other previous Countries of Honour and Country Focuses at both MIPTV and MIPCOM include China, Russia, Japan, Germany, Turkey, Nordics (Denmark, Finland, Norway and Sweden), Mexico, Israel, and Argentina.