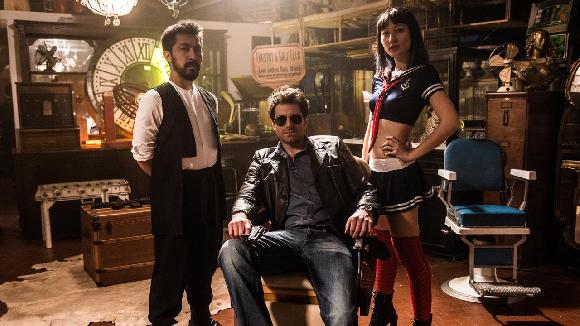 Rai2 premiered the first episode of cop drama series L’Ispettore Coliandro on Wednesday, November 14 in prime time achiving a very good result with 2.472 million viewers and an audience share of 10.9%.
Based on an idea of writer Carlo Lucarelli, the series is a proven success with 7 seasons already produced for Rai.
The series is produced by Rai Fiction and Vela Film.

Nove in the same slot broadcast a new season of Roberto Saviano talk show Kings of Crime in which the Gomorrah's writer interviews infamous criminals. The first episode achieved 341.000 viewers with an audience share of l1.6%.