The Simpsons meet the Bocelli's Family for Christmas 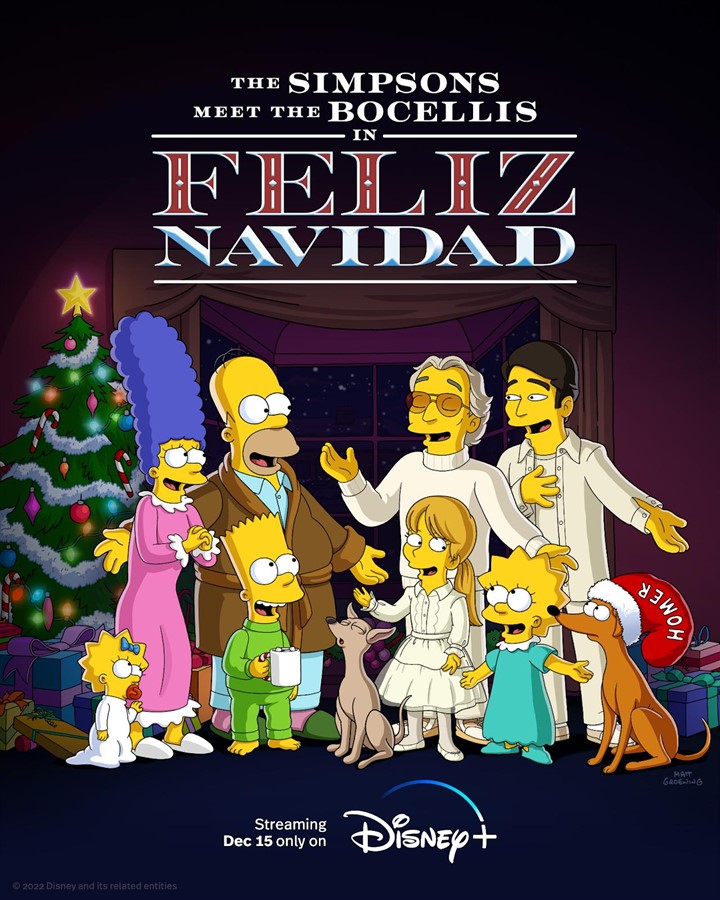 The Bocelli family is an increasingly cult in America, and for Christmas it becomes a cartoon by entering the world's most famous animated series The Simpsons. One of the biggest TV hits of recent years thus pays tribute to the tenor, taking a cue from his latest album "A Family Christmas," in which the artist sings with Matteo and little Virginia. The short film The Simpsons meet the Bocellis in 'Feliz Navidad will be available exclusively on Disney+ from December 15. In the Christmas episode of the beloved series, Homer surprises Marge with the perfect gift: an unforgettable performance by Italian opera superstar Andrea Bocelli, who sings one of the quintessential Christmas songs along with Matteo and little Virginia.
Also, on December 15, Andrea, Matteo and Virginia Bocelli will also release the new single, "Feliz Navidad" in a special featuring version with The Simpsons themselves, the same version featured in the short film that will be available on all digital platforms.