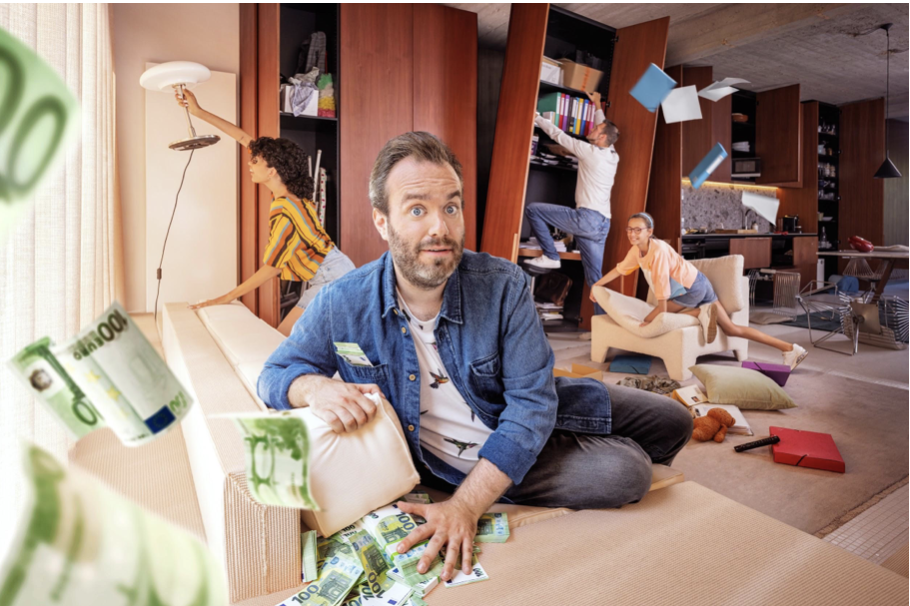 After the first commission in Germany by RTL II last week, more territories have signed up for the rights to the new fun family entertainment show ‘Finder$ Keeper$’ after its launch on VTM earlier this fall. Producers across Europe picked up the rights to the format including Vincent TV in The Netherlands, Mediawan in Finland and most recently Triple Brew Media (part of All3Media’s Objective Media Group) in the UK. The format is also pitched by Mediapro in Spain and Latin America and ITV Studios is handling the rights in France.

The programme debuted in September on primetime on VTM in Belgium, where a one-off episode, to test the format’s search mechanism, proved an instant success. After scoring impressive ratings, a full series of hour-long episodes is currently in the works to launch early 2023.

On each episode of the captivating new show, a fortunate family gets the chance to win up to 100,000 euros. The cash is hidden in their own home, where all the money they find within 30 minutes is theirs to keep. Although it sounds simple, the creativity of the team of ‘hiders’ knows no limits. They stash the cash anywhere, from within sealed bags of cereal to the inside of an unopened bottle of wine, in the kids’ game console or behind a newly-built fake wall. After 30 minutes the buzzer sounds and the family has 10 seconds to leave the house. If they don’t manage it, they only win half of the money they’ve found.

Says Be-Entertainment MD Gepke Nederlof: “We’re having as much fun selling this little gem as it is for the viewers to watch and we’re looking forward to creating more local versions together with our partners who are as excited about the format as we are.”

‘FINDER$ KEEPER$’ is based on an idea from the award-winning Belgian format collective, Send in the Clowns, and produced by PIT.