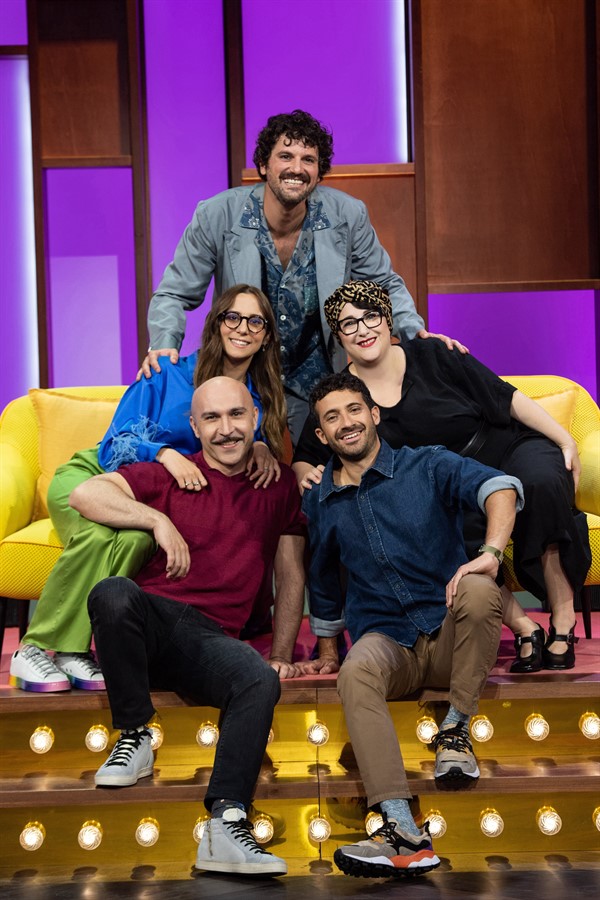 Amazon Prime Video launched the comedy series Prova Prova Sa Sa, a show focused on improvisation and all-laughs entertainment with Frank Matano as host and a regular cast made up of four outstanding comedians-Maccio Capatonda, Maria Di Biase, Edoardo Ferrario, and Aurora Leone on Wednesday, November 2, 2022.
In each of the four episodes of the show, produced by Endemol Shine Italy, the comedians perform a series of sketches and improvised challenges sometimes decided by the host, other times based on suggestions from the studio audience. Some of these sketches are individual, while others involve two or more comedians. In addition, each episode features a guest who bursts into the program and gets involved by improvising with the cast. Among the guests: Francesco Mandelli, Corrado Nuzzo, Valeria Angione, and the comedy duo I Soldi Spicci.
Prova Prova Sa Sa is produced by Endemol Shine Italy and is based on Whose Line Is It Anyway? a successful, award-winning format created by Dan Patterson and Mark Leveson for Hat Trick Productions. The show will be available exclusively on Prime Video.