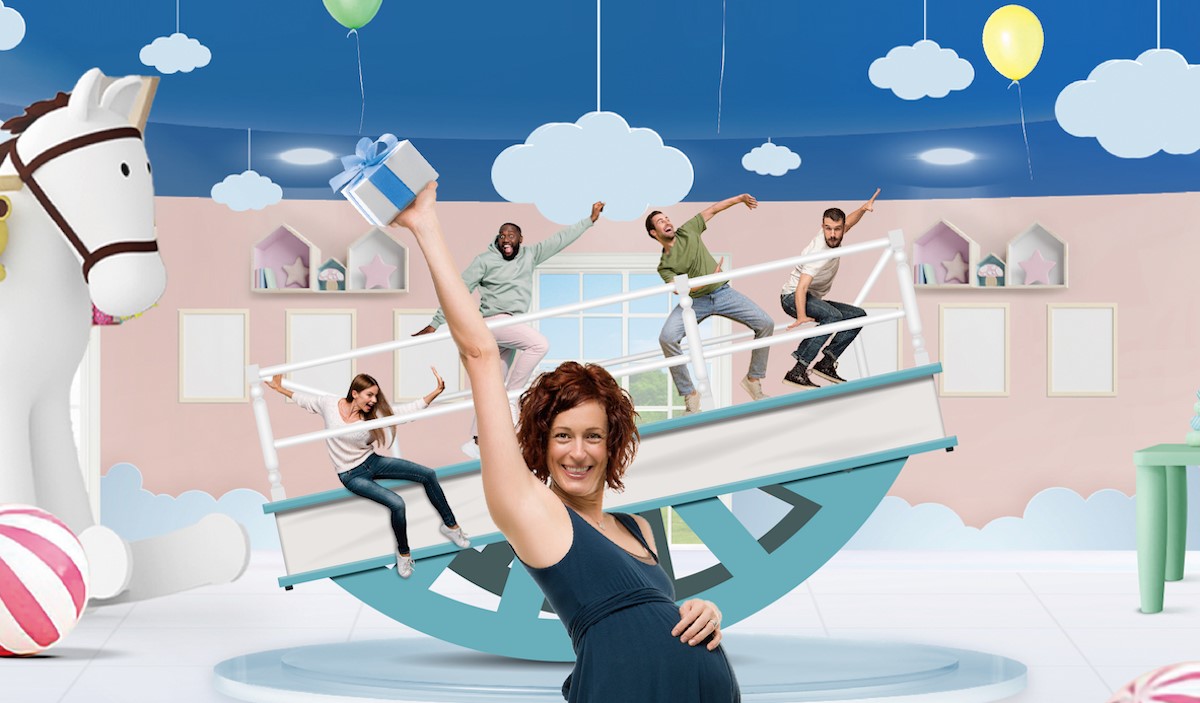 Having earlier this year (April 2022) announced their co-development partnership to create a new international unscripted format for global exploitation, Nippon TV, Japan’s leading multiplatform entertainment company, and Sera Film, one of the oldest independent production and distribution companies in Turkey, today announced their first project together titled Baby Shower (30-120 min. eps.), a hilarious and heart-warming studio game show format targeting family viewers. The companies will be offering the new format for the first time at this week’s MIPCOM in aims of having it made into international versions.

In Baby Shower, regular baby shower parties will be taken to a completely new level where two groups of expectant parents, family, and friends join forces to tackle games to win prizes of baby items. Baby Shower is about showing emotional support for expectant parents, while making them feel that they are not alone in welcoming and raising children. Various baby items are enlarged to massive proportions, to simulate the fact that things look enormous from children’s eyes. Two groups, each supporting a different family, compete against each other in five unique rounds with the aim of winning as many prizes as possible for the expectant Moms and Dads, who are giving commands to the group.

Set in a playhouse-themed studio with gigantic baby items, examples of games include catching balls in giant-size swinging baby cradles, running through obstacle courses while wearing oversized milk bottle costumes, quickly changing diapers on teddy bears passing along hurriedly on a rotating conveyor, and many more. Expectant Moms and Dads will lead the team through these rounds, leading to the final game called Game of Love where Mom and Dad play the game themselves to win the ultimate prize.

“We have started this partnership with Sera Film hoping to combine Turkish storytelling with the creativity of Japanese fun and crazy game shows, in order to produce a never-seen-before format that is relevant to any viewer across the world. This is exactly what we have done with Baby Shower and the idea came about through numerous discussions between the two companies. Baby Shower offers laughter, drama, and heart-warming moments that every viewer can relate to. This format will give viewers the opportunity to witness various unique family stories all while being entertained.”

“Co-developing Baby Shower together with Nippon TV was both an exciting and fulfilling experience for us. We firmly believe that the format has universal appeal. Who wouldn't want to earn prizes while having fun participating in friendly games? I say "friendly" but, since it involves earning prizes for their children, the families can get very competitive during the plays at the same time. The format also has the flexibility to be adapted to different broadcasting and scheduling requirements.”