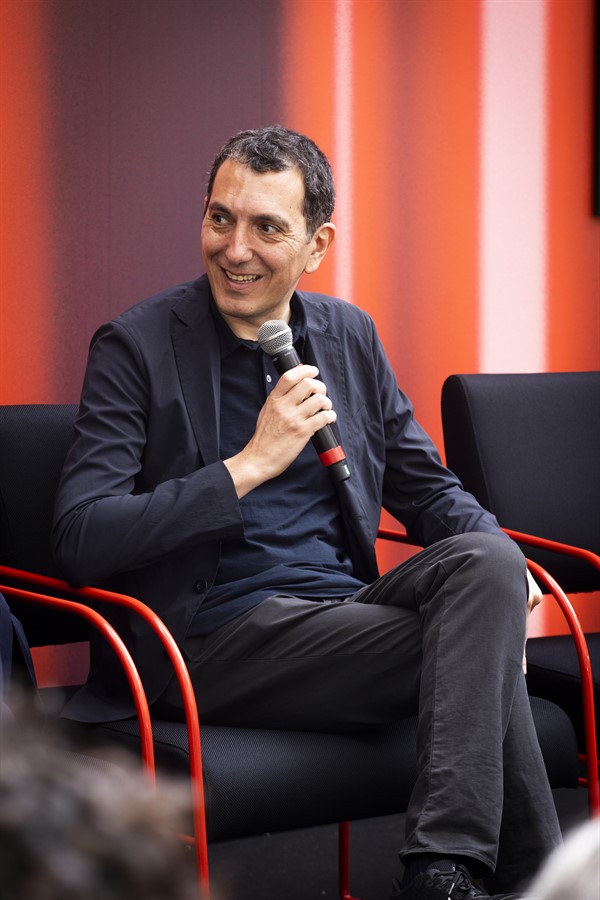 Gabriele Immirzi – Co-Ceo FremantleMedia Italia.
After his studies and a few years of work as a journalist, in 2000 he founded with Lorenzo Mieli and Elena Recchia the  production company Wilder, which in a few years became a point of reference for the most innovative factual and scripted productions on the Italian scene, also thanks to to the success of cult series Boris. In 2010 he moved to Fremantle Italy, first as general manager and - from January 2020 - as CEO. For Fremantle he produced, among others, the documentaries Isis Tomorrow-The lost souls of Mosul, Federica Pellegrini-Underwater, SIC, and the docu-series Veleno and Wanna. Since May 2022 he has been co-CEO of FremantleMedia Italia.


Where did you find the idea? Tell me more about the project

The idea was brought to me by Alessandro Garramone. Back in the day, we had worked together on a number of crime-related factual productions, mainly for History Channel Italy. When he came to me with this concept, I thought it could be appealing for a streamer, because it’s a crime story, with a strong “pop” angle. And in Italy everyone remembers Wanna Marchi: when you mention her, some laugh, others are disgusted, but everyone – except maybe teenagers – knows who she is. We guessed she would have passed any “relevance test” with flying colors. Furthermore, the story happens mostly on camera, meaning there was a ton of wonderful archive available.
At the time – more than two years ago – Netflix didn’t have an Italian team in place, so we assembled a promo with archive footage of Wanna’s story, subtitled it, and sent it to Lucy Leveugle in London. The reel was exhilarating. A few months later Giovanni Bossetti stepped in as unscripted manager for Netflix Italy and – in the meantime – Tiger King reached global success. I think this also helped to convince him there was an interesting potential in the project. With Giovanni’s blessing, we developed the concept further, locked in Wanna Marchi and her daughter Stefania Nobile, and eventually the show hit greenlight.

What’s the trend of documentary in Italy but also around the world beside the usual topic History and Nature?

In the last three years there’s been a lot of investment from platforms and from pay Tv (Sky) in crime docs, in sports documentaries, and in popstar biopics. It’s great, because the scale of the projects we can now produce in Italy was unthinkable just a few years ago. On the other side, I feel lesser known stories, with no celebrities involved, no matter how strong and fascinating, struggle to catch the eye of commissioners. It’s all about relevance. Of course, I understand the reasons behind this, but I still think there’s room for bolder choices.

Do you have any strategic plan for the Italian market or do you think about developing international projects?

As Fremantle, in the documentary space we do have the ambition to create high end products for international audiences. And we can benefit from partnering with our global network of companies. Then of course finding the right project is challenging. There’s a learning curve, just as there was in the scripted area, before shows like Gomorra, The Young Pope and My Brilliant friend paved the way for Italian shows to travel globally.
What’s next?

We have a very, very, strong slate of products in the pipeline spanning across different areas. Alessandro De Rita, our head of documentaries at Fremantle Italy, is doing a great job. Personally, I have two “pet projects”, both crime related, that I’m trying to lift off. In the meantime, I hope that viewers will enjoy Wanna (the English title is “Fortune Seller: a tv scam”) as much as I did. With Alessandro Garramone (showrunner) and Nicola Prosatore (director) we put a lot of work and and a lot passion in this show, so it’s great to see it finally out there.