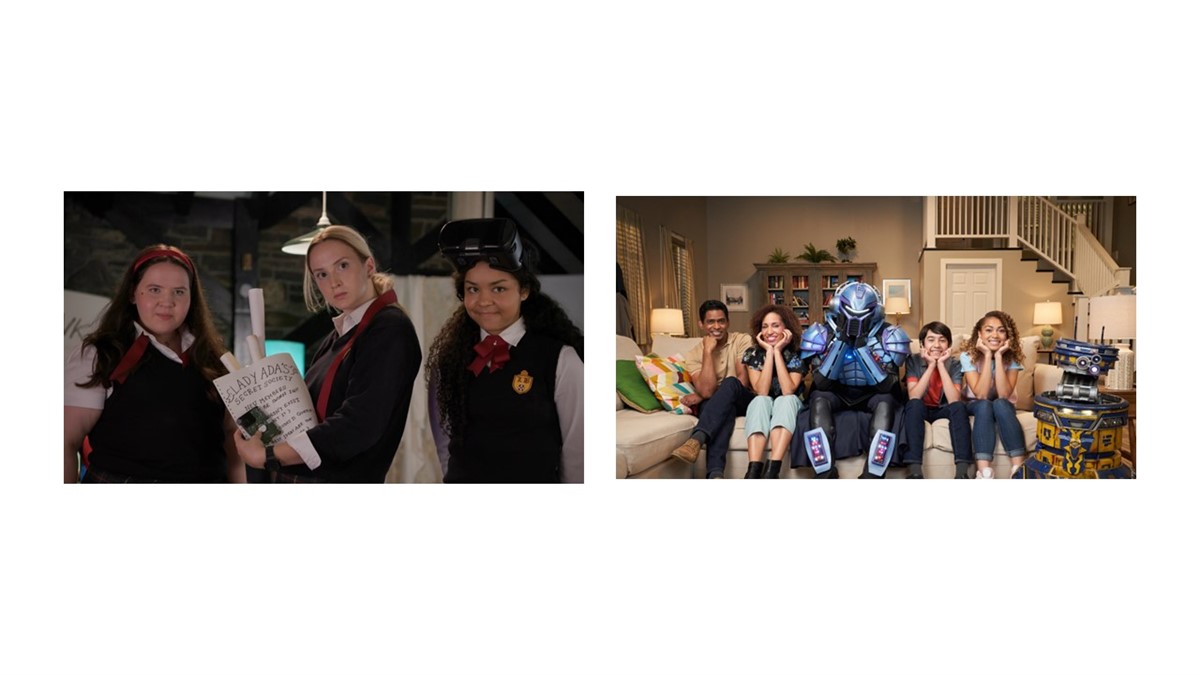 Distribution360 is heading to MIPCOM Junior this year with a slate of six new titles, including an ‘out of this world’ family comedy series, an original book review show for tweens, and a new pre-school animation scripted in rhyming couplets. There are also two returning series.

Overlord and the Underwoods (20 x 30) is an original half-our, live-action, single camera family comedy that follows the story of the second most wanted Overlord in the galaxy when he is placed in witness protection with the nicest family on earth. Hilarity ensues after Overlord snitches on his boss, the evil Mega-Lord Supreme, and is sent to live with his distant cousins, the Underwoods, whose lives get turned upside down. It's an out-of-this-world comedy where the 'super evil' Overlord and the super good Underwoods learn a thing or two about treasuring the value of family and diversity and the importance of true friendship and understanding. Produced by marblemedia, in association with Cloudco Entertainment. Distribution360 and Cloudco share worldwide distribution rights.

Lady Ada’s Secret Society (9 x 9 or 1 x 80), is a live-action, modern coming-of-age comedy about a secret computer club operated by Ava, Tina, Rebelle and Frances at their hyper-traditional boarding school where computers, smartphones, and other modern necessities are banned. Sent there to be turned into 'proper young ladies', the girls rebel by executing clever and over-the-top pranks, using technology they either invent or hack while staying one step ahead of their headmistress who wields enormous power over their futures. As they head towards a huge year-end prank the girls must navigate friendships, betrayals, trolls, romances, and (eek!) school dances with the boys from neighbouring McCall Hall. Produced by LASS Productions Inc.

Ainara’s Bookshelf (10 x 11) from Turtlebox Productions, is a live-action factual title for tweens, inspired by schoolgirl Ainara’s real-life Instagram stories, which she created to showcase literary works featuring BIPOC voices, characters, and points of view. In each episode, Ainara talks directly to the audience, giving a synopsis of her chosen book, and explains why she likes it and why she feels it’s an important piece of work. Each episode will also see Ainara either interview a featured author or have a ‘celebrity chat’ with a famous youth personality, discussing their views on a book.

Rhymington Square (31 x 11) is a fun new pre-school animation series from Skyship Entertainment. Come on down to Rhymington Square, the town with rhyming words everywhere! In a house on the hill at the edge of town, live a group of friends who can show you around. Also from Skyship Entertainment comes Carl’s Rescue Crew (4 x 11), an action-packed new pre-school series, set in the same universe as Carl’s Carwash. When Roadside City is in trouble, Carl’s Rescue Crew is on the way! Be it on land, at sea, or in the sky, Carl’s team of heroes will be there with their special vehicles to save the day!

Polkeroo Reads (26 x 2) from GAPC Entertainment is 26 bites of pre-school literacy fun with loveable kangaroo Polkaroo! Starting with a call to action from the kid narrator asking him what the letter of the day is to be, Polkaroo takes the audience on a romp about his world to discover the alphabet and some simple words that start with nominated letter.

Diane Rankin, Distribution360’s SVP rights and executive producer comments: “With new and returning titles across comedy, factual entertainment and animation, our MIPCOM kids’ slate has content that will appeal to a wide range of buyers – as well as young viewers of different ages. We are particularly thrilled to continue our expansion into scripted live-action content with two such entertaining and different comedies as Overlord and the Underwoods and Lady Ada’s Secret Society and are excited to launch Ainara’s Bookshelf, a uniquely current and relevant title that can help introduce young people from diverse backgrounds to stories about people who look like them, written by BIPOC authors.”