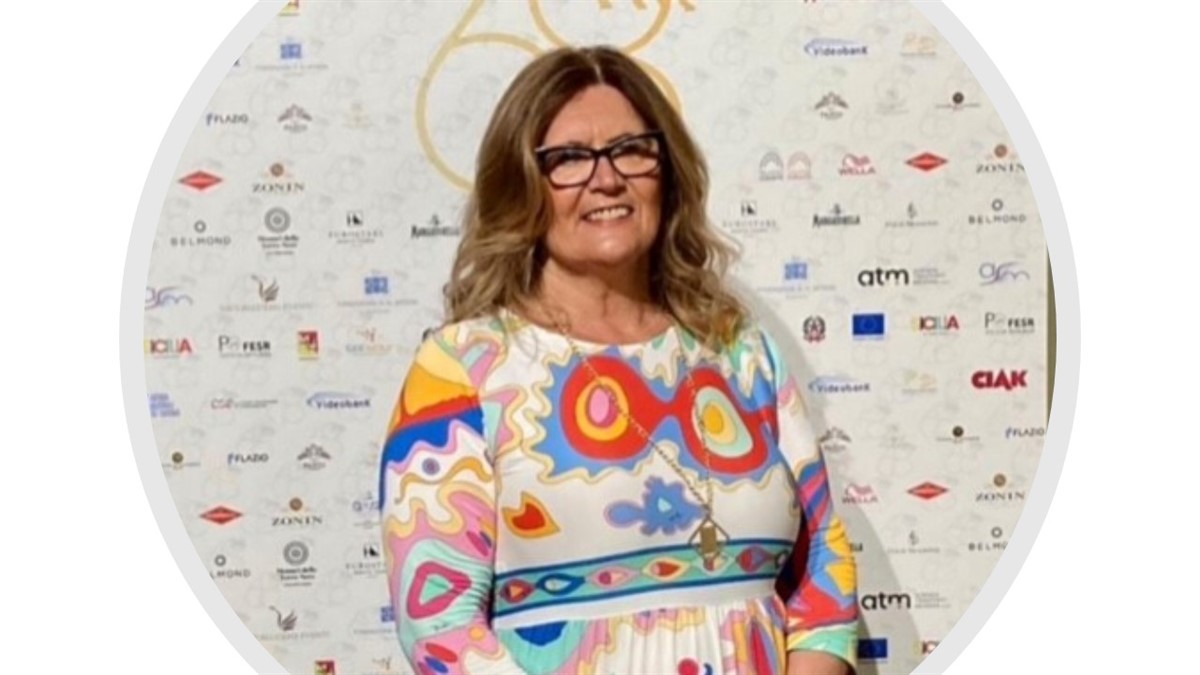 Tiziana Martinengo is a director, writer and producer. She founded the production company Milano Produzioni in the 80s and she is a very well-known professional in the Italian landscape.
Let’s start since the origins: when did you found Milano Produzioni?

Milano Produzioni was born in 1988 (I think it is the longest-running Italian production house) founded by me and my husband Carlo Previati.
A true family business.
We were very young, I was already working in the TV Industry, while Carlo (my husband), who graduated at the economics University of Bocconi with a thesis focused on British advertising and marketing in London, was a young manager at Unilever.
By combining the two types of experiences we decide to found the company, taking a cue from the US model of branded content (then it was called barter).
We started producing branded formats.
A few years later we focused on pure production for national broadcasters, producing programs entirely conceived by us.

What kind of programs did you produce? What’s your space in the Italian TV landscape?

Surely the factual genre is what most represents us.
In particular, we specialized in the theme of the houses. This is a topic that I love.
I can mention some series like Chi scegli la seconda casa, Ok: la casa è giusta, Artiste per la casa, La casa più bella, and the last one Un Sogno in affitto (3 seasons for Sky).
These programs are very popular and “aspirational”.
I would have loved to continue on the makeover/ or renovation houses, but in Italy is more complicated than in the US (in 2 weeks they can make a full change) and it takes months to complete a full renovation.
Other topic that I like much is the wedding and I produced several series like Il Matrimonio più bello, La Sposa più bella, Una sposa da sogno with the wedding stylist Antonio Riva.
Let's say that our programs also reflect who I am very much, so there is always an emotional aspect.
I am a person who gets excited a lot and I am happy when people get excited about beautiful and positive messages.
Lately we have also approached the world of food with Celebrity Menù and Le Ricette del convent, filmed in a real convent with 3 monks from the Monreale Monastery.
This format is achieving great success, both in terms of listening and satisfaction.
On social media it is enjoying it and we got an incredible engagement.
Recently we produce a docu-novels titled Eccellenze di Sicilia, stories of families’s business (pastry/bakery). The show was also presented at the Film Festival of Taormina 2022 and I was so happy to be invited to that prestigious event.

How do you prefer to be called: register, author/writer, producer?
When you do too many things you are not good at ones (laughing) but in my case I consider myself as a boomer (smiling) I was professional born in the 80s with the arrival of private television in Italy and in that early stage I was able to do a little bit of everything from different fields production and writing. I also, had the privilege of working with the most talent professionals of the Italian TV like Mike Bongiorno a myth of our television!

Let's say that however my professional life is divided into 2 parts:

One as Author and Director who has always worked as a freelancer for the biggest production companies such as MAGNOLIA, FREMANTLE, BLU YAZMINE, ENDEMOL, BALLANDI or directly for BROADCASTERS (in particular over the years'80 / '90 I've signed for MEDIASET Show as' MATRICOLE ',' METEORE ',' IL BRUTTO ANATROCCOLO',' VIVA NAPOLI '...) and  I've worked for very important TV shows from TALENT to REALITY, GAME and QUIZ, working with ARTISTS of great stature. Shows seen by several million viewers, such as' L’ISOLA DEI FAMOSI 'that in the final episode of the second edition reached a peak of 73% share, a truly impressive number.

Then, as partner of the company with my husband Carlo I like to present and pitch new shows to broadcasters and I feel this part of my job very stimulating and exciting.

Let’s move to Mika, the great international artist. How did you meet him and how do you work together?

In my life there are two important men, they are both called Michael.
One is Mike Bongiorno and I shared many important part of my professional life until September 2009 working for the quiz show RISKYTUTTO for Sky Italia and the other is Mika.
We met for the first time in 2013 for XFactor and there was an alchemy between the two of us!
I remember being immediately 'kidnapped' by his style, his kindness, but above all by his intelligence and his ability to 'learn'.
He had started studying Italian for a few months and already spoke it very well.
Artistically, then, it is incredible.
During the 3 years of X Factor our relationship has grown, above all thanks to a docureality that we have created together Il Viaggio di Mika, in which I filmed him in several situations in Italy and abroad, during his concerts, while he was shooting a video clip on the slopes of Etna, when he was a guest on an important television program in New York ...
In that context, I was able to understand even more his artistic greatness.
In 2016 I was with him in CasaMika, the one-man show produced by Ballandi for Rai. The show also won a Rose d’Or as best format in Europe.
In addition to being a very good singer and musician, he knows how to present a TV show, supporting intense monologues, but he also knows how to manage hilarious moments, he knows how to interview with precise and punctual interventions (he has a great listening ability), I consider him a unique talent and it is wonderful to work with him, it is stimulating because he is also an extraordinary Artistic Director, he takes care of everything down to the smallest detail, from graphics to costumes, to lights ...
I remember the nights after rehearsals until 3 am in his dressing room to 'build' the new episodes and not feel tired for the joy of what was being created.
Even when he goes as a guest in a program, he personally and totally studies his performances, making use of the collaboration of his trusted team, of which I am a part, and his performance becomes a show within the show.
For example, when he was a guest in 2020 at the Sanremo Festival, he first performed some of his choreographed pieces with a Gospel Choir that came from France and after a moment of great television impact he changed 'register' and atmosphere passing to a profound monologue before to perform the tribute to De Andrè with 'Love that you come, Love that you go'.
It was pure emotion and the emotion became even more intense with Eurovision Song contest 2022.
Working with him is something magical, like his piano.
For me it was a unique experience, we worked inside a giant machine with incredible production dynamics and knowing that we were part of a program that was followed by 160 million viewers, well, the thrills come.
How many shows did you produce in more than 40 years? Is there more? what else do you want to produce? any dream in the drawer?

Actually Un Sogno nel cassetto (A Dream in the drawer)  was the title of the first program I made with Mike.
I was very young with a great desire to do and, if I look back, I consider myself truly lucky and privileged to have certainly achieved many more dreams than I could have wished for.
Among other things, the word dream is present in many format titles I invented, perhaps because I am an incurable romantic.
And then maybe I have a dream in the drawer.
I would like to found a LAB with authors and directors of all ages to create new made in Italy formats to be distributed all over the world.
Maybe we need to learn to be a little less individualistic and to do more TEAM because I am sure that with our creativity and our Italian 'spirit' we could really achieve great things and who knows that this may not become my new challenge for my first 60 years. years!